Justin Townes Earle Signs to New West, To Release “Kids In The Street”

Justin Townes Earle is the newest signee to New West Records, and will be releasing his debut album on the label Kids In The Street on May 26th. The release will find Earle coming back into the Americana fold after releasing his last two records Single Mothers and Absent Fathers on Vagrant Records out of California. It will be Earle’s eighth record overall after starting his career on Bloodshot Records.

After producing or co-producing his last few records, Justin Townes Earle puts himself in the hands of Mike Mogis (Bright Eyes, First Aid Kit) for Kids In The Street. According to Earle, the album has a more modern take on traditional folk music, contemporizing some of the wording, and the instrumentation. Instead of adding fiddle to a song, they instead decided to use a mellotron, for example. The album features the folk song “Same Old Stagolee” modernized to reflect violence in current-day Nashville. 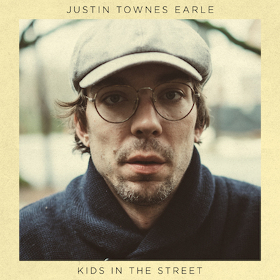 As part of the announcement of the new album, Justin Townes Earle has premiered the track “Champagne Corolla.” Instead of writing songs about classic cars, the song is supposed to reflect how many lower and middle class suburban areas in America are populated with mid-sized Japanese cars as opposed to the idyllic Fords and Chevrolets of older American music.

Though somewhat forgotten in the here and now of independent roots music, Justin Townes Earle was one of the first to rise up out of the independent ranks to garner some mainstream recognition for Americana, paving the way for artists like Jason Isbell who once played guitar for Earle during a 2011 appearance on The Late Show with David Letterman.

Justin Townes Earle will also be hitting the road ahead of the new release. You can see the dates below.

Pre-Order “Kids In The Street”