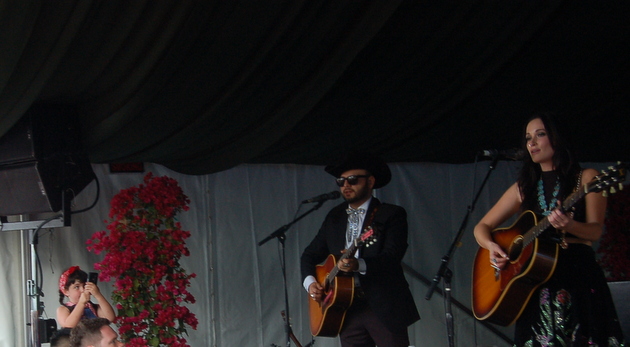 It’s not the usual train of events for a multi Grammy-winning and double CMA-awarded major label country artist to play South by Southwest for the first time some three years after first attaining major success, but that’s what Kacey Musgraves is experiencing this week as she shimmies through traffic snarls like everyone else to make appearances during Austin’s biggest annual music gathering.

After performing at Spotify House earlier in the week, Musgraves and her guitar-playing / harmony-singing other half Misa Arriaga made their way to the 6th Annual Billy Reid Austin Shindig sponsored by American Songwriter and Newport Folk at the Weather Up venue in Austin’s gentrifying east Austin’s neighborhood. Musgraves’ Thursday (3-17) performance was the capstone to a showcase that also featured songwriters John Moreland, Hayes Carll, Jonny Fritz, Robert Ellis, Margo Price and others, and was Musgraves’ opportunity to get the authentic SXSW experience by playing a free show open to the public in a more intimate setting.

The day had seen fog and drizzle and cooler conditions earlier, but as soon as Musgraves took the stage, the sun came out, making for a soupy experience for both artist and patron. Musgraves soldiered through, playing many of her most-recognized songs such as “Follow You Arrow” and “Merry Go ‘Round,” while much of the crowd sang along. Though it has been difficult for Musgraves to earn the acceptance of some hardened members of the independent country crowd that SXSW caters to, in a stripped-down setting where her guitar skills and voice cannot be bolstered by a backing band or big stage production, once again Musgraves proved she is the rare talent, and rare bird of the major label crowd.

Most of Musgraves’ songs work by presenting social mores and closed-minded attitudes and then tearing them down through lyrical wit, and this was almost solely what the 35-minute set consisted of. Musgraves exhibited pro-level poise and singing, yet none of the plastic mannerisms of many major label stars. Her stage getup was a little more sedated than normal—an all black outfit with a sequined lower skirt, and prominent turquoise neck piece.

Nearly stealing the show was a 5-year-old girl in a red bandana who made sure to plant herself on the side of the stage, and sang her heart out to many of the songs of the set. It was hard not to notice her, for both the crowd and Kacey.

“What’s your name?” Kacey said after the first song.

“Well you’re instantly cooler than everyone else out here,” Kacey responded.

Later in the set as the scene became increasingly muggy, Memphis offered up Kacey a bandana. “She saw how sweaty I was and said, ‘This bitch needs a bandana!'” And at the end of the set, Memphis and Kacey exchanged hugs, and Misa Arriaga gave the 5-year-old Kacey’s guitar pick.

“This was a dream come true for her,” Memphis’s mother Marcee Wolber said after the show. “She stands on top of the coffee table at home and sings Kacey all the time.”

Kacey Musgraves may be an unusual performer for a SXSW day party in the backyard of a cocktail bar, but she’s made a career of not fitting in. That’s the story she tells in her songs, and that’s the reason her fans love her, including the 5-year-old ones. 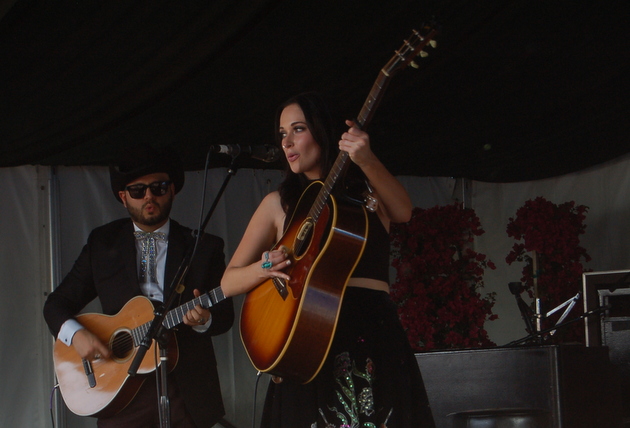 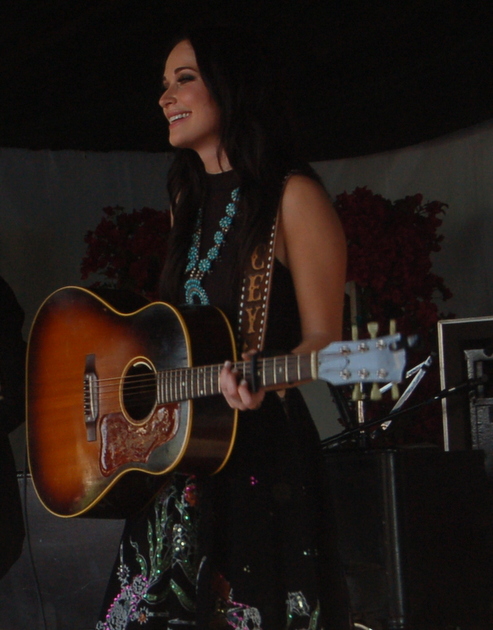