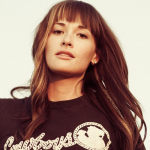 Think what you want about Kacey Musgraves, her recent album Same Trailer, Different Park, or even her blockbuster hit “Merry Go ‘Round,” but it’s hard to view her story as nothing less than an illustration of the resounding power of song. Whatever depths of shallowness Nashville’s major labels might be mired in at the moment, one song from an independent-minded artist did the unthinkable. It wound up with a whopping 30 weeks on Billboard’s Country Songs chart and won her a nomination for Female Vocalist of the Year at tonight’s ACM Awards, even before the song’s parent album was released on March 19th–an album that debuted at #1 in country, and #2 in all of music.

Beyond “Merry Go ‘Round” and a few other select songs like “Silver Lining,” some distinguishing country music fans have felt there was a little more hype than substance to Same Trailer, Different Park. But nothing can re-write what “Merry Go ‘Round” has done and continues to do. According to Musgraves who appeared on CBS’s Sunday Morning show, she hopes her success ushers in a changing mindset in country, one that offers an alternative to the male-dominated laundry list divel infecting country radio’s airwaves. What kind of alternative?

Just a widened acceptance of subject matter, I don’t know — the realization that you don’t have to sing about trucks and tailgates to be a country artist.

Kacey also talked about a “younger mindset coming in,” and why this was a good thing, but how just being younger doesn’t necessarily mean being better. Though Kacey was coy, she seemed to allude that even though Taylor Swift had made country “cool,” this doesn’t mean she’s made country better.

I do think people like Taylor Swift have opened our genre up to people who wouldn’t necessarily ever listen to country, and it’s made it in a sense more cool. So I do think there’s an influx of a little bit of change. But I want there to be more.