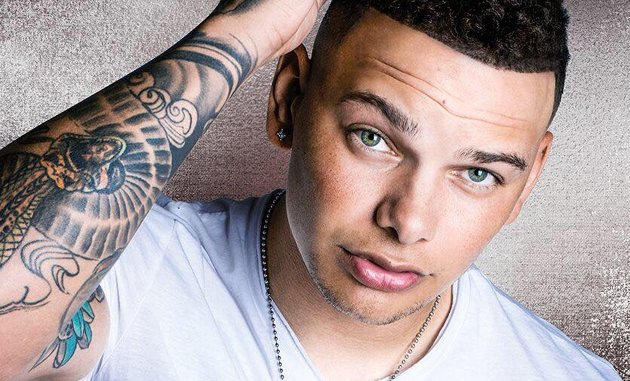 On May 3rd, Saving Country Music published an article outlining how Kane Brown had confirmed that a remix he participated in with pop star Camila Cabello on her song “Never Be The Same” was simply a way to push the song further up the charts, while he also issued a snide “Calm down Memaw” remark to people showing concern that the remix would be sent to country radio. With so many pop stars and pop/country collaborations heading to country radio these days, the issue has been a big concern in 2018.

Last week a Kane Brown fan group decided to pounce on Saving Country Music for the article, calling it slanderous and “fake news,” and apparently reporting it to Facebook en masse. It’s difficult to determine what may be considered fake news about the article since a tweet from Kane Brown himself was the source of much of the information. It’s also a little strange the angry mob passed over another article posted five days later defending Kane Brown after it was revealed he didn’t want to participate in a creepy moment on the ACM Awards with Lauren Alaina, or a song review posted on the same day (June 10th) the angry mob decided to go after the Kane Brown/Camila Cabello story that was over a month old.

But regardless, in the interest of equal time and giving everyone a forum to voice their grievances, Saving Country Music has decided to post the six messages received from angry Kane Brown fans via the site’s Facebook page here. These aren’t fake, and these aren’t a selection of the messages. These are all the messages presented in order.

Saving Country Music wants everyone to know we encourage criticism from readers and the public, and are committed to sharing dissenting viewpoints. 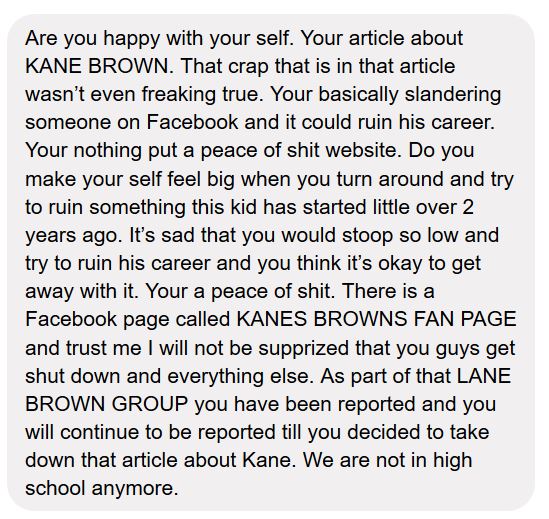 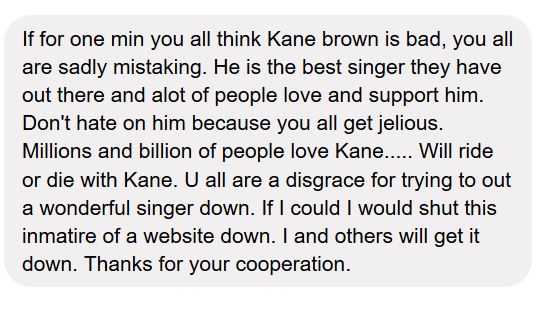 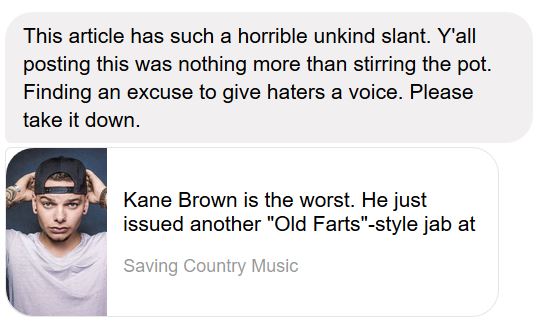