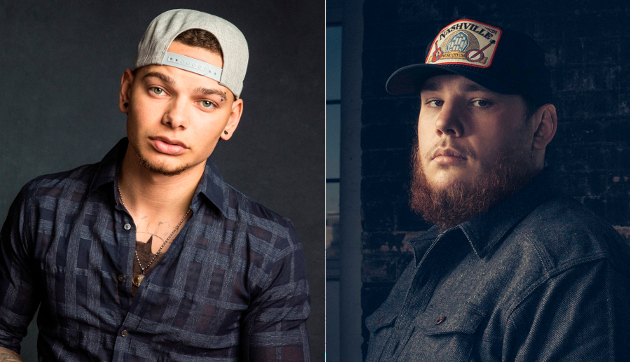 It can be hard to fathom, but we’re living in a time where Florida Georgia Line is beginning to feel old, Luke Bryan is having trouble selling records, and even Sam Hunt’s latest single failed to meet expectations. “Cruise” was released over six years ago now, and Sam Hunt is four years removed from his first hit. When these acts came on the scene, some traditional country music fans were still stuck complaining about Kenny Chesney and Taylor Swift. Then times changed, and now they have changed again.

Kane Brown and Luke Combs couldn’t be more different. Kane is the ultra-contemporary R&B-style chick magnet that sings shallow songs to high school girls and leaves any country leanings to passing tokenism. Combs is the puffy, bearded everyman with a fish hook on his brim, who despite some weak songwriting for some of his biggest hits, is about as close as you will come to a traditional artist in the mainstream at the moment—at least one that is consistently landing radio hits and sold-out shows.

But they are both a new style of country star who made their ascent into mainstream stardom 100% during the streaming era, and due to the streaming era specifically. Parlaying rabid fan bases and preferred playlist placement into impressive streaming numbers and packed houses, the major labels came calling, and so did more fans. And though there is no shortage of names of male country radio stars who can land #1 singles these days and still fail to be recognized even on the streets of Nashville, Kane Brown and Luke Combs have put together very serious careers, and have separated themselves from the herd as the two artists who will have a huge impact on mainstream country in the years to come.

Last week, both artists announced their own arena tours—something reserved for only the top tier of country stars who have proven they can pack the biggest clubs first, and have cut their teeth enough on opening slots. Kane Brown and Luke Combs are now headliners, and it’s time to recalibrate all of your thinking of the power structure in the mainstream, and how stars are born. Radio is no longer the primary power broker, playlist managers are. Opening slots and radio singles aren’t the easiest or quickest way to superstardom, viral videos and a savvy social media presence are.

Who would have picked either Kane Brown or Luke Combs out of a lineup of the otherwise buffed, chiseled, and mannequin-like male performers in mainstream country as the two who would succeed to the greatest extent? But what these two have that Chase Rice, Chris Lane, and Dylan Scott don’t is actual fan bases. Even though both Kane Brown and Luke Combs could be characterized as country music’s first virtual stars, it’s the enthusiasm and loyalty of their fans that have underpinned their success. Like independently-signed country artists, it’s that grassroots buoyancy and the latitude it affords that has made Kane and Luke’s magnitude in the marketplace real, while artists like Cole Swindell and Dustin Lynch are being propped up artificially by radio, and are perpetually stuck in opening slots.

This support for Kane Brown and Luke Combs also translates into hard sales numbers, which we thought was something in the past for most of today’s mainstream artists aside from Chris Stapleton. Luke Combs released his debut LP on June 2nd of 2017, and just like Stapleton was doing over the last couple of years, nearly every week Luke is either #1 or #2 on the albums charts, or at least in the Top 3. Granted,  has been helped along by the release of a deluxe edition in June of 2018, but that was months ago now. Just last week This One’s For You was at #1 again. It’s gone Platinum, and has sold nearly 300,000 copies—only 18,000 less that Luke Bryan’s latest album, and gaining quickly.

Kane Brown’s self-titled album is a similar story. It has gone Platinum as well, and has sold 438,000 copies—only 6,000 copies behind Florida Georgia Line’s latest, and gaining. Though both Kane Brown and Luke Combs seemed to benefit from a strange bit of favoritism when it came to placement on playlists early on (especially Kane Brown), however they got here, their sales and their fans are a very tangible force now.

You may ask, where are the women in all of this? Well, they’re in pop. Remember, country music was the genre that launched Taylor Swift, who despite the dominance of hip-hop at the moment, is still the most successful Caucasian female in all of music right now. Early in her career, Taylor Swift was working the MySpace angle and securing herself an incredibly loyal fan base by understanding how technology would be the way to connect with fans in the future. While artists like Martina McBride and Faith Hill were trying to extended their radio careers with big singles and failing, Taylor Swift was taking the new school approach. This is similar to what Kane Brown and Luke Combs have done—understanding the new streaming model of music, connecting with fans via social media, and maximizing it all to their advantage.

The next question the anointing of Luke Combs and Kane Brown as headliners begs is where does that lead country music? Kane Brown is not the country music scourge of Sam Hunt or Walker Hayes perhaps, but he definitely symbolizes an aberration of the “country” term, while his disdain for the old fans and roots of country have been well documented. Luke Combs on the other hand tends to surprise for a mainstream star with the amount of roots and substance his music carries. Competing with most of the bigger acts of the independent country realm like Cody Jinks or Tyler Childers, Combs will always come in 2nd. But that doesn’t mean Luke isn’t easy to root for, or an important figure in the mainstream moving forward.

What all this means for country music will be fleshed out in the coming months and years. But what we do know is Kane Brown and Luke Combs will be a big part of it, and they’ll be a big part because their management understood the shifting paradigm in music consumption, and how to maximize it to their benefit. Though technology may have no place in true country music, it does in the marketing of it. And if more traditional-style artists, women, and others want to compete, they should try to learn from the success of Luke and Kane.

The success of Kane Brown and Luke Combs also means more years to come of the traditional pushing back against the contemporary in mainstream country, and urban influences battling against the rural ones, with the cultural divide continuing to run right down the middle of the genre for the foreseeable future, and for better or worse.