Kane Brown’s “Good As You” Speaks To Deepening Lyrical Trend 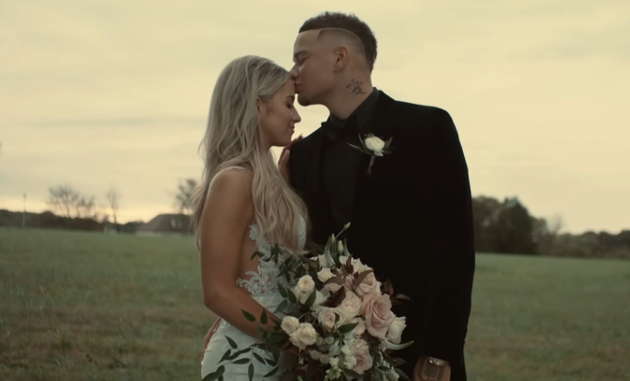 No, the problem with women finding traction on country radio these days is not just old white male radio programmers who refuse to play women because they hate them and simply want to subjugate members of the opposite sex under their oppressive thumb. Country radio is a for-profit business, very for-profit in fact, and if they felt the most lucrative avenue forward was playing vintage Klezmer music, they wouldn’t blink. The problem also can’t be boiled down simply to old white male label executives who refuse to support the singles of women artists, though this is one important portion of the problem. In truth the problem is much more convoluted, arising from a host of issues conspiring together to make it difficult to impossible for a woman to be played on mainstream country radio these days, including a problem that many don’t want to admit to, because it puts part of the blame on women themselves.

It was the rise of Bro-Country in 2013 that really put representation for women on corporate country radio on the run because the music appealed mostly to men. This paralleled Taylor Swift’s exit from country music in 2014, and with it a gaping hole where a woman who had previously been supported by radio, awards, and tour slots left country music with little or nothing to show for it. But during a time when even speaking about Taylor Swift as a country artist feels like old hat, and Bro-Country has been well on the wane for a few years, it’s another more subtle, but possibly even more pernicious trend that is alienating artists who happen to be women from the attention of the mainstream.

The truth is that a healthy segment of women that comprise the mainstream country radio demographic are overwhelmingly favoring the men over women in their listening habits these days, robbing many women artists of the important attention they need to find support for radio singles and their careers in general. And the male performers, in accordance with this trend, are overwhelmingly courting this female audience with the songs they record and release, deepening this trend even further.

A perfect example of this is Kane Brown’s latest single, “Good As You.” Full of fawning lyrics for his better half, it drips with gushy sentimentality, almost to the point of being obsequious.

Tomorrow, tonight, the rest of my life
I wanna be the man you want me to be
So startin’ right now, girl, tell me everything you need

And of course, the big chorus hook…

…I just wanna be good as you.

As Saving Country Music said in the review of Kane Brown’s new album Experiment, fawning lyrics that put the man in this almost subservient role is the predominant theme of the album. “‘Experiment’ is one maudlin love song after another,” the review states. “It’s just a shade away from Luther Vandross screw music. And if you wonder why Kane Brown concerts are 70% women, and 100% women in the front row, it’s because that’s who he’s singing to, as are many of ‘country’ music’s newest male stars. If you want to know why there’s a dearth of support behind young female stars, look at the crowds and comments sections for anything having to do with Kane Brown … It’s Beatlemania.”

Arguably this style trend is at its most pronounced on “Good As You,” and it’s the likely reason the song was chosen as Kane Brown’s next single. But exactly how much does Kane Brown’s audience veer towards women? It was spelled out in detail in this week’s issue of Country Aircheck in a live review submitted by Assistant Program Director Scott Gaines of Cumulus Media’s WKHX in Atlanta. After attending Kane Brown’s first concert on his current sold-out arena tour, Scott Gaines observed:

“The Kane Brown crowd was predominately female, but ages ranged from young girls and teens and twenties, all the way up to women my age and older. There were guys there, too, but you could tell that there weren’t a lot of single dudes in the crowd. These guys were there with their ladies, and they were enjoying a night out together.”

Appreciate that this is the observance and perspective of an assistant program director at a major country radio station who could be making playlist decisions. When choosing which artists to add to a playlist or to boost in the rotation to appeal to the female demographic, they’re not always looking towards the latest single from Kelsea Ballerini or some other up-and-coming mainstream country woman under the idea that women likely want to listen to other women. They’re looking towards performers such as Kane Brown, Jimmie Allen, Dan + Shay, or a large handful of other hunky male stars with songs that similarly flatter women listeners with lyrics that put women on a pedestal, just like “Good As You.”

The #1 single on country radio at the moment is Dustin Lynch’s “Good Girl.” In a similar fashion to Kane Brown’s “Good As You,” the lyrics are filled with excessive praise for Lynch’s romantic counterpart.

You’re an angel, you’re a keeper, the kinda thing that you gotta lock down
I’m lovin’ just livin’ every minute since you came around
I was lost in the neon lights ’til the day that you called me yours
Yeah, they say when you know you know, and I know one thing’s for sure

Sure, some of this is standard copy for a sappy love song, but where in previous eras such lack of subtlety would perhaps hinder a radio single, in today’s country radio landscape, this is exactly what they’re looking for, and the men are more than happy to serve it up. They’re singing these mawkish love songs directly to women, and the women are listening, while women performers are getting tuned out.

Another example is Jimmie Allen’s recent record-breaking single “Best Shot,” which spent three weeks at #1 on radio—the best performance by a debut single from a country artist aside from Florida Georgia Line’s “Cruise,” and the best in history from an African American performer.

Because of you, I’m not the man I was before you
I’m not saying that I’m perfect
Oh ’cause girl you know I’m not
But I’ll love you with everything I’ve got
Girl I’ll give you my best shot

In many cases these lyrics aren’t just sharing romantic notions, they specifically go out of their way to say that the man is inferior to the woman, and even that the man needs to be taught how to be better in life by the woman. Whether it’s Jimmie Allen’s “I’m not the man I was before you,” or Kane Brown’s “The way you’re taking care of me … I want to be the man you want me to be … I just wanna be good as you,” these ideas begin to veer into the territory of men expecting their partners to be more like mothers than lovers amid the ever-extending maturation period of the American male. Where some women might find this trend burdensome and off-putting, many female country radio consumers find it appealing as men play to women’s motherly instincts and romantic notions of commitment. Songs from women just can’t compete with all of these songs telling women how perfect they are from gorgeous men.

Another example is Dan + Shay’s “Speechless,” which has currently spent the last 8 weeks on top of the Billboard Hot Country Songs chart, and counting.

When looking at the top of charts in country music—whether based on radio play or consumption—it’s these songs and other similar ones that are dominating, especially recently, and paralleling the trend of women not just being placed on perilous footing, but falling off the precipice of country music’s major indexes. This sensual, sappy “Metro-Bro” style of country is the prevailing trend right now, just as Bro-Country was a few years ago. But unlike Bro-Country which mostly appealed to men, Metro-Bro crosses the gender divide to court women. Very few men are listening to these songs and artists because they’re too sappy to be appealing to typical male sensibilities. It is women comprising the primary appeal.

However when the subject is brought up about how women listeners may be playing some role in the exclusion of women on country radio, it is rebuked as a sexist notion by some. “How can someone blame women for the lack of women?” they ask. But sticking your head into concerts by Kane Brown, Thomas Rhett, Jimmie Allen, Dan + Shay, and other new male stars who specialize in this very popular Metro-Bro style verifies this. Men are involved too, but per capita they are more likely to stream their music as opposed to switch on the radio, which may be one of the underlying reasons radio is leaning so heavily on feminine appeal at the moment.

There is a cart before the horse argument to be had here as well. Are women supporting these men simply because the women of country aren’t finding similar support via play on radio, placement on streaming playlists, and opportunities on festival and tour slots, resulting in an uneven playing field and lack of name recognition? It most certain could be, just as there are most certainly many other factors leading to the result of so few women on country radio. Women preferring to listen to men is just one of them.

But as opposed to simply dispelling the idea that women would rather listen to men as a misogynistic notion, careful observance should be taken of who is listening to these major “country” hits dominating the charts and radio, what demographic these songs are being catered to, the road map their lyrical content is clearly tracing, and who is showing up to the concerts of these artists. Otherwise the issue will never be addressed properly. If some semblance of representation of women is ever going to return to the country airwaves and song charts, an honest and holistic assessment of what is underpinning the issue is necessary.

And the concern for this deepening lyrical trend and general R&B styling of new country songs goes well beyond the “women in country” issue. Once again the mainstream is caught in a trend-chasing spin cycle like a dog chasing its own tail, with artists, producers, and labels simply copying whatever is working at radio at the moment, resulting in virtually every song sounding the same, bleeding variety out of the format, and leaving the roots of the genre even farther behind as country fails to present what makes itself unique in popular music, and instead feels the need to make itself more similar to everything else. This new lyrical trend is an issue affecting the entire genre adversely, with one of its many symptoms being the diminished attention flowing to female performers.

This isn’t about blaming women for the lack of women on country radio. It’s about understanding the full breadth of the issue in order to properly address it, while being honest about the multiple factors driving women off of country radio, including simple consumer choice and appeal. It’s also about the next emerging trend in country music we must be on guard for. Move over Bro-Country, the R&B-inspired Metro-Bro has arrived, and is dominating.