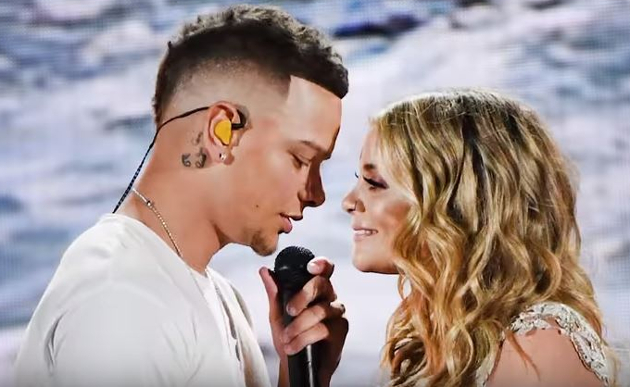 There were quite a few reasons to be irked by the 2018 ACM Awards in April, including the producers completely axing out any In Memoriam segment for the fallen country music greats from the previous year, and very little attention paid to the victims of the Route 91 Harvest Fest massacre during the telecast. Both the Route 91 Harvest Fest and the ACMs were held in Las Vegas blocks from each other, which could have made for the perfect tribute.

But one of the worst moments came when Kane Brown came creeping up on Lauren Alaina at the end of their duet on “What Ifs”—so close it didn’t feel sexy at all. It felt awkward and inappropriate, at least for country music. Far from the chemistry and platonic affection displayed by duet greats of country music’s past such as Kenny Rogers and Dolly Parton, it’s seemed like the perfectly wrong move in the midst of the #metoo movement, and just uncomfortable in general, especially when you consider what the real life relationship between Kane Brown and Lauren Alaina is.

It’s easy to pawn off the fault for the inappropriate moment on Kane Brown, but Kane is surprisingly saying he wasn’t on board with the moment either, and it was the ACM choreographers and producers who insisted on it.

“That was the first thing they told us. They were just like, ‘This is how you end.’ And we were like ‘What?'” Brown told Taste of Country. Kane says he hasn’t watched a replay of the performance since it happened because of the awkwardness. “It was super awkward. Lauren was like, ‘Might as well go ahead and grab his butt too!'”

Of course the moment resulted in dating rumors between the two, but Kane Brown is engaged to another woman, and Lauren Alaina is also in a committed relationship. Making the moment even more tense and inappropriate, Kane Brown and Lauren Alaina have known each other since middle school, and often cite each other almost as siblings. That may also pose the question why the two are dueting on a song like “What Ifs” to begin with, or why Brown or Alaina didn’t outright refuse.

Nonetheless, putting two performers in a situation neither felt comfortable with (nor did much of the audience) is something the ACM Awards should be as embarrassed by as much as forgetting to pay tribute to fallen country greats. If two consenting adults want to tango, that’s one thing. But forcing them to act out a creepy momen on a country music awards show exhibited very poor judgement by the producers.