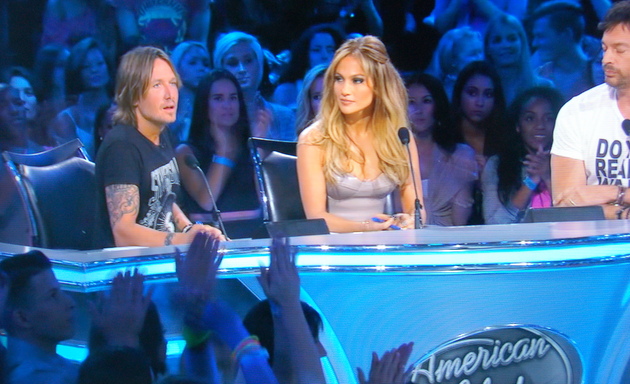 If you’re anything like me, you hate how these stupid television reality show singing competitions are doing their level best to suck independent music fans into their diabolical fold. Either it shows how desperate they are for new viewers, or shows how independent music is truly permeating culture in ways never seen before. If it’s the latter, then I guess we should take it as a positive sign. 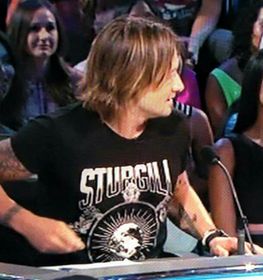 On Wednesday night’s American Idol, previously-known Sturgill Simpson fan and Idol judge Keith Urban came out sporting a T-shirt from the Kentucky-born singer/songwriter, undoubtedly coaxing scores of American Idol fans to dutifully pull out their smartphones and start Googling away. Saving Country Music has definitely seen an uptick in Sturgill traffic from the exposure.

Keith Urban let his fandom for Sturgill Simpson first be known when in late July/early August of 2014 when he tweeted out his admiration and blamed Jake Owen for cluing him in.

Then in a January interview with Rolling Stone, in the context of who might play the annual Vince Gill and Keith Urban-organized  “All 4 The Hall” fundraiser event for the Country Music Hall of Fame, Urban was quoted as saying, “We should just basically start with [Sturgill Simpson] and pick the theme based on him. He’s the best.”

Amongst all of Sturgill’s other big accomplishments, it looks like he found a way to make his first primetime debut. Sturg is currently out on the road as part of a (mostly) sold-out theater tour, and will be releasing his first major label album for Atlantic later in 2015.

READ: The Metamodern Rise of Sturgill Simpson (A Timeline)