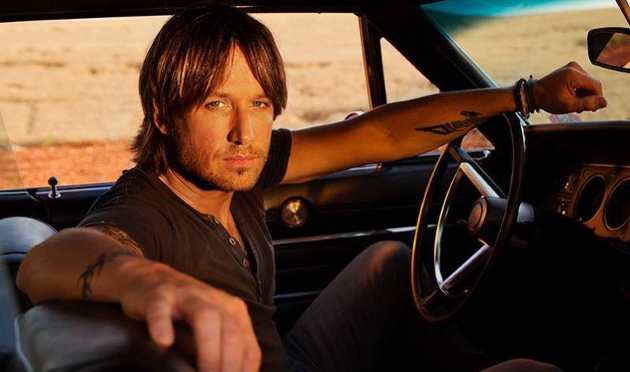 If there was any other country music travesty more swept under the rug in 2016 than Zac Brown getting caught in a hotel room with hookers and blow it would be the release of Keith Urban’s latest album, Ripcord. My goodness is this thing a dog, and how it became responsible for three #1 singles, a #2 single, and was nominated for Best Country Album by the Grammy Awards is all the evidence you should need that the entire country music radio system is completely rigged.

Keith Urban has now released the fifth single from Ripcord—a duet with Carrie Underwood called “The Fighter,” and even taking into consideration the monstrosities from pop stars calling themselves country because they’d get their asses handed to them in pop like Sam Hunt and Chris Lane, “The Fighter” very well may be the most non-country “country” song released as a single in the history of the genre. It’s at least close enough that I feel confident to puff my chest out and challenge anyone to offer an alternative to this ultra-synth, completely inorganic, Macbook-composed ode to the Metrosexual lifestyle more urbanized than a perfectly-waxed gonad glistening with Ax Body Spray in the waterfall of EDM light pulsations.

Co-written by Keith and the uncapitalized “busbee”—And by the way, what kind of arrogance posses someone who all they have to show for their measly little existence on this planet so far is to co-write and produce some terrible pop singles for country radio to think they’ve compiled enough street cred to claim the ability to only be known by one name, and have the audacity to leave it lowercase? Sting and Slash would give this dude a swirly and smash his Macbook. In fact from now on I’m not going to adhere to the requests of “busbee”. I’m going to capitalize Busbee dammit, and call him Busbee McFlufferhuffin—at least as long as he continues to put out horrifically shitty country music singles and absconding with songwriting credits just because he’s the producer on a track, which is another adverse trend currently spreading like a bad rash on Music Row.

It’s Busbee McFlufferhuffin’s production that makes “The Fighter” so terrible. The lyrics are certainly not an asset, but they’re not a detriment either. “The Fighter” is about a guy reassuring a new love that he won’t be like her last one, and she can trust him. He will “fight” for her. It’s a fairly timeless theme of plaintive pop music. But the words don’t even matter here. Keith Urban and Carrie Underwood could be singing “Old MacDonald Had A Farm.” I’d actually prefer some “E-I-E-I-O’s” to this rabidly-contemporary soul-less ear screw because of the incredibly acrid production, and how processed Keith Urban’s and Carrie Underwood’s voices are.

That’s the real travesty of “The Fighter” and other songs like it. Carrie Underwood is one of the best singers going, and Keith Urban is actually a good guitar player. But where are either of these talents allowed to flourish in “The Fighter”? It’s so drenched in electronic transmogrification from head to tail that all human talent and touch have been wrung out on the studio floor. Even if the listener finds themselves tapping their toe to it, this song just leaves you empty in the end.

In fact in the credits of this song, all you find are three names: Keith, Carrie, and Mr. Busbee McFlufferhuffin. That’s it. No bass player, no drummer, no parade of seasoned session musicians. It’s basically McFlufferhuffin sitting behind a computer, with Carrie Underwood and Keith Urban taking turns singing into it. Keith is given credit for a little of guitar work, and playing something called a “gango.” The only gango I know is what my second cousin would sell me behind a Denny’s in 1996 that was 75% oregano, tasted like licking feet, and would only get you stoned through the placebo effect.

Look, I understand we all need stupid little escapes from reality, and how songs like “The Fighter” can be a good vehicle for that. But take this weak stuff to the pop side of the dial where it belongs. Nothing about it is country. The reason they won’t though is because they know this song would get laughed out of the rotation on KISS-FM. That’s why they make the country consumer suffer through it.

Leave a Reply to sweet on stuart Cancel reply