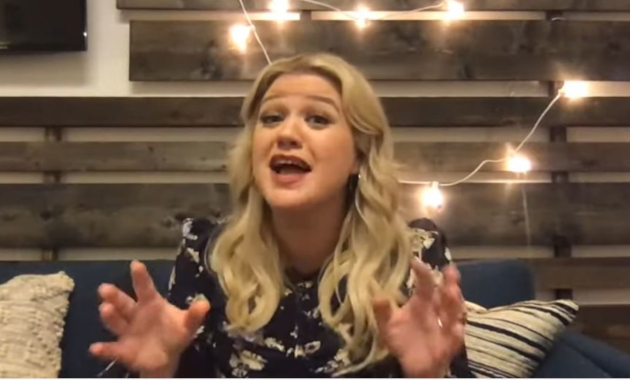 It’s not just hardcore country fans who are stupefied by what the modern country format has become. It’s most everybody. In fact the ranks of non-country fans and performers may be even more shocked and appalled by what is called “country music” today, because they haven’t been present for the slow erosion of the format over the last 10 to 15 years. Even if you’re not a dedicated country listener, you still have memories of the country music that was, from the 70’s, 80’s, 90’s, even 2000’s when popular country music still had a distinct sound and place in culture that was apart from other popular genres.

Today, the prevalence of electronic beats and rapping makes country music indistinguishable from the rest of popular music, and it’s not just hardcore country fans who are confused and incensed. In a recent video posted by pop performer Kelly Clarkson where she did a Q&A with her fans (see below), the subject of today’s country music came up in the context of someone asking her what the slang term “Farm Emo” meant. Apparently it’s Millennial speak for country music, which made Kelly Clarkson go off in an impassioned rant.

“You know why? Because country music doesn’t sound country anymore. So they’re making up terms to be like, ‘This is [country].’ Country music is gone. I don’t know who’s making it, but there might be like four people. Because now it’s like weird rap, like weird word rap. When I started to do country, they were like ‘Oh, you’re pop. You can’t do country, you’re not country enough.’ And I’m like ‘I’m sorry, let me show you this list of the Top 20,’ which by the way did not include one female. It’s fine. But country music doesn’t sound country anymore.”

Kelly Clarkson is a Texas native and has had some dalliances with country music over the years, dueting with numerous artists, including Jason Aldean on the song “Don’t You Wanna Stay” from 2010 that won two ACM Awards and a CMA award. She also performed a duet with Reba McEntire in 2008 on “Because Of You,” which also received major award nominations, and Dan+Shay on “Keeping Score” in 2019, which was nominated for Musical Event of the Year. Clarkson has also performed on country awards shows numerous times, including at the 2019 ACM Awards twice. She is also the former daughter-in-law of Reba. Kelly is married to Brandon Blackstock, who is the son of Narvel Blackstock—Reba’s now ex husband. Brandon also works in the country music industry.

But one of the things that has earned Kelly Clarkson respect from country fans over the years is she never had her “gone country” moment. She has always treated the genre with respect, and not exploited her close ties to the music for commercial application like some other pop stars.

“I’m not even trying to get played on country radio,” Clarkson continues in the rant. “Here’s the thing, I just love country music. Okay? So why don’t we all just star putting our 80’s and 90’s records on, okay? And let’s figure out, what is country music? What is the sound we like again? Because it’s not what you’re playing on the radio. I’m mad about it. That’s right. Because I’m a fan, and I go to shows. And I don’t want to feel like I’m at some weird rock show where they start rapping. What? Why are you rapping in country music? I don’t understand it. I get ‘let’s be progressive.’ I get it. I’m all about being [progressive.] But come on. And it’s not just one. It’s like a lot of y’all. And it’s bad. Sorry.”

Though it’s common for traditional country performers and their fans to go off on the state of pop country, for a performer like Kelly Clarkson to do it carries much more weight, similar to when Tom Petty said similar things back in 2013. And where country fans run the risk of being called “racist” for questioning why rap is part of the country format, Kelly Clarkson has the credibility in the music world as an artists to speak her mind without fear of major backlash and misunderstanding, especially since she’s only saying how most everyone feels.

“I’m ready for country music to hate me. But you know what? I know a lot of country artists right now that agree with me. They ain’t gonna say it because they’re still trying to get played. But everybody’s mad,” she says.

Country music continues to be dominated by what is being played on the radio, which continues to fill a smaller and smaller niche of listeners as opposed to the masses at large. So even though the top songs and artists seem very popular, there’s only a small percentage of people that are listening. Meanwhile non radio country continues to grow in market share. The country radio format as also virtually abandoned women, which Clarkson also addresses.

“Y’all don’t play people with boobs either. It’s fine. It’s like, ‘Oh, they got boobs. It’s not a man. We can’t play you. Get out of here.’ What happened? The 90’s was filled with … do you want me to go off on how many women were so monumental? I’m a singer, I’m not even in country music, and I was so inspired by Reba, Trisha, Patty, I could keep going. Martina, Terry, The Judds, Wynonna. There’s so many women. Dolly, Shania. All of these women are from the 90’s.”

Kelly Clarkson summed up her rant with the sentiments most all of us feel.

The next question is, how long can country music survive as a radio format if it continues to disenfranchise its core listeners, radio continues to see falling ratings, fans continue to discover better options through streaming and other mediums, and people like Kelly Clarkson continue to speak up, saying what we most all believe?

The country music rant starts at the 6:40 mark.