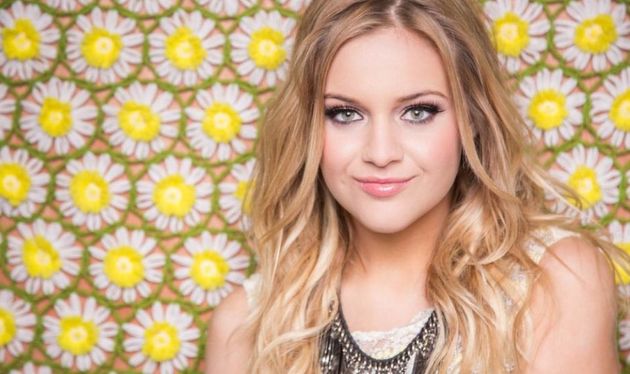 Kelsea Ballerini is quickly becoming one of these country music radio personalities you can’t avoid even if you try. It’s often said by pop country defenders, “If you don’t like it, don’t listen to it.” That’s easier said than done when an artist or hit single gets unleashed to the masses and it permeates culture so deep, you can’t avoid them even if you try. There they are blaring out of your co-worker’s radio at work, playing over the grocery store speakers, thumping out of some douchebag’s car at a red light, or as is often the case these days, showing up on your television.

Pop country starlet Kelsea Ballerini was recently named the co-host of a new ABC television series called Greatest Hits, which will premier June 30th on ABC. Along with fellow host and late-night talk show washout Arsenio Hall, the show will feature performances of hits from previous eras by the song’s original performers, or today’s artists in tribute. Basically, it’s a way to monetize Sony ATV’s back catalog of songs while filling out an hour of low-value summer season television air time. America is so obsessed with watching people singing and dancing, it’s probably a smart move by ABC.

And it might be a smart move for Ballerini. She’s watched how Blake Shelton took a B-level country music career and mild album sales, and parleyed them into five consecutive CMA Male Vocalist of the Year awards from his work on ABC’s The Voice. There is obviously a push to make Ballerini not just famous for singing bland pop and calling it country, but famous for being famous en route to launching a celebrity brand.

It was all made possible when Ballerini became one of the few women who could bust through the male monopoly on country radio, partly due to her father being a radio programmer and knowing the business, and because she’s been releasing straight up pop songs to country radio. When the whole “Tomato” issue hit, Ballerini was in the right place at the right time to become country radio’s token female for the airwaves, and has ridden that wave to stardom.

Yes, it’s good that female representation is finally returning to country radio, but when it comes to the singles from Kelsea Ballerini, it’s happening for all the wrong reasons. But even with Ballerini’s success, women are still very much fighting an uphill battle. Yet when asked recently by FOX about the issue of women on country radio, Ballerini didn’t show leadership for her fellow females, she trivialized the issue of being more about the sheer numbers of great females looking to get heard, instead of a serious, institutional issue of excluding women.

“I think it’s more just people saying women are not being played on the radio because right now there are a ton of us and it’s awesome,” she said to FOX.

Wait, what? So there is no institutional bias against women in country music? There is no issue with radio consultants like Keith Hill telling radio programmers that if they want higher ratings, play less females? The problem, according to Ballerini is that there’s just too many women, and because of the glut there’s just not enough capacity on radio for them all?

Ballerini goes on to say, “’Peter Pan’ broke Top 30 and it’s my favorite song on the record. And radio has been so good to me and good to [fellow female singers] Maren [Morris], Cam, Maddie and Tae.”

So good? Maddie & Tae’s last single “Shut Up and Fish” flopped. Maren Morris and Cam’s radio traction has yet to be proven beyond one lead single. And meanwhile dozens of females artists, new and established, are receiving no attention from radio whatsoever. It was only a couple of years ago when Kacey Musgraves was the new big rising female country star, and her singles are institutionally ignored by radio. Even Miranda Lambert’s last two singles failed to crack the Top 15 and Top 30 on radio respectively.

And it’s not just about radio. On Thursday morning (5-19), the performers for the 2016 CMT Awards were announced, and it was nine men and Maren Morris, whose name was only in the mix because she’s performing with Keith Urban and Brett Eldredge. There will likely be more female performers to come, but it’s another illustration of how lopsided the mainstream is in regards to females.

Recently, Martina McBride spoke on the issue with Rolling Stone, and she too mentioned Cam and Maren Morris, but spelled out the lingering issues for women in country much more accurately.

“I feel like it’s difficult still,” McBride said. “When you look at the chart, you see that in the Top 35 there are two women. There have been a couple of artists who’ve broken out — Cam, Kelsea [Ballerini] and Maren [Morris] — but it’s about the big picture … If we’re not careful, we get appeased by that little bit of success that you hear about. But when you really start to look at it, we still have a long way to go.“

The issue with female singers on country radio continues to persist, despite some token successes, some of which Kelsea Ballerini’s terrible pop singles have been the benefactor of. No wonder she’s all roses when asked the question because in a strange twist of irony, Ballerini has profited from lack of female representation by being the one new country music woman that country radio will program to #1.

It’s Ballerini’s always rosy, always smiling disposition that makes her seem so plastic, so complaint that it’s nauseating. In the same interview with FOX, she said of Nick Jonas’s absolutely abhorrent guitar solo during her performance at the ACM’s in April, “Yeah, I mean I noticed but he’s such a pro,” Ballerini said. “But he just was so pro about it and he’s so great and professional and talented so it was super, whatever.”

Pro? Talented? Super? Whatever? Nick Jonas enacted one of the most embarrassing moments in live music history.

Kelsea Ballerini is clearly being groomed to hopefully take Taylor Swift’s place as country music’s pop starlet. But what Taylor Swift had that Ballerini doesn’t was vulnerability and self-doubt, not just in her writing and music, but in her public persona. Ballerini is all roses, all smiles, all the time. She’s not going to take a stance on the women’s issue in music (which Swift has done) because it appears to be Ballerini’s career goal to never upset the apple cart. And why would she when she’s benefiting so profoundly from the status quo?

Kelsea Ballerini was right about one thing: there are ton of great women in country music at the moment. And they deserve more than token representation in country music; they deserve and equal shot on radio in a system that doesn’t take into account the gender of the performer, but the merits of the music. The problem for Ballerini is this shift might find her on the outside looking in like the majority of country’s females.