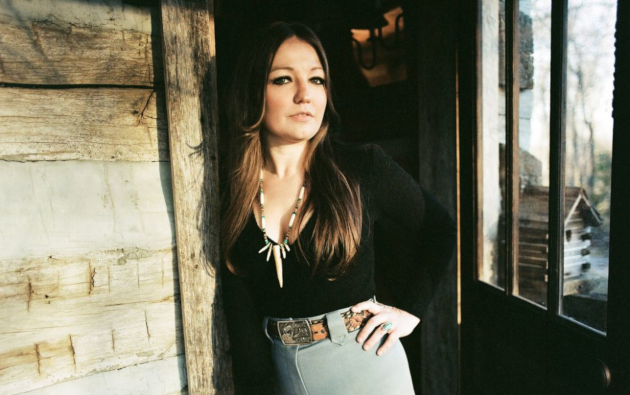 Kelsey Waldon ain’t clowning around ladies and gentlemen. She’s here to make classic country and high waistlines cool again, and has been slaving away at this effort for going on seven years now. Heretofore, Kelsey Waldon’s labors have been mostly relegated to the independent country realm and people who know what real Picante sauce is supposed to taste like. But now that she’s become the first signee to John Prine’s Oh Boy Records in fifteen years, she’s ready now to take this shit international.

Waldon will release her third album called White Noise/White Lines on October 4th, and has just released a new song to go along with the album announcement called “Anyhow” (listen below). Produced by Kelsey with Dan Knobler, this album damn well better be on your wish for fall releases or you might as well out yourself as a Florida Georgia Line fan now.

“It’s hard for me to put into words what it truly means to me to be signed to Oh Boy Records,” Waldon said after the signing. “To have someone like John, who I have looked up to my whole life, who I have set my songwriting standards after and my general music making standards after, to have someone like him endorse my music and care enough about it to make sure it reaches a wider audience…that means everything.” 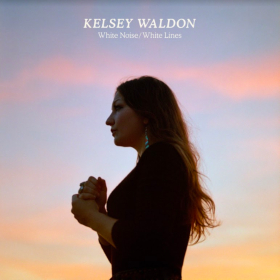 Kelsey Walson is originally from Ballard County, Kentucky, and the tiny, unicorporated area known as Monkey’s Eyebrow where the Ohio River looms in the distance ready to flood all creation at a moment’s notice. A descendant of tobacco farmers to cattle raisers, Kelsey’s story is closely tied to the land, just like her music, and she’s a proud member of the country music insurgency taking root in the Bluegrass State.

“Farming and planting tobacco were some of the first jobs I had growing up,” Kelsey says, but getting her hands on a guitar at age 13 did her in good for pursuing music. “I finally felt like I was a part of something when I started playing and writing music. It was something that finally made everything make sense, and it was a very essential and healthy thing for me during my younger years, and still is.”

Waldon set out for Nashville when she was old enough, at first not intending to attend college. But she eventually ended up at Belmont, studying music and the business behind it, and becoming the first of her family to graduate from higher education. While working full time, she started playing around town, landing bigger and bigger gigs, including playing at the legendary Station Inn, and eventually ending up on the stage of the Grand Ole Opry.

“I’ve spent a huge majority of my life studying my favorite records, my favorite songs, and my most-favorite singers,” Waldon says. “You never stop learning or gaining from it. I’m still doing it all the time… all the while still writing my own story and hopefully becoming an entity in my own right.”