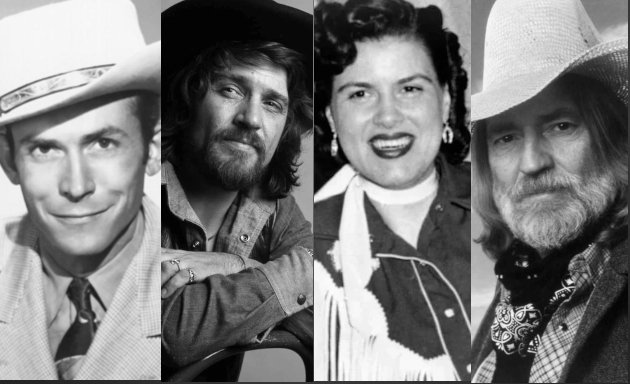 When the Ken Burns documentary was first announced a few years ago, the hope was the film could act like a big reset button on the status of country music, and give a boost to many of the songs and artists abandoned by radio in the present day. Though its airing through mid September hasn’t caused a wholesale wave of traditional country renewal just yet, it definitely has been a big boon in sales and streams for many of the classic country artists featured in the film.

Merle Haggard’s 20 Greatest Hits is not a selection you would normally see in the country albums chart, but the songs on the title received 1.2 million streams last week, and it came in at #12 in pure album sales after Merle was featured in the Ken Burns film. With the emphasis on Johnny Cash throughout the documentary, you knew he would receive a boost. Songs from Essential Johnny Cash received 4.7 million streams last week, and Legend of Johnny Cash received 1.5 million streams, and the albums came in at #14 and #17 in pure album sales. Another title called Greatest: The Numbers Ones also earned the Man in Black an additional 1.8 million plays.

Songs from Ultimate Waylon Jennings racked up 3.4 millions streams after he was featured in Episode 7 of the series, and the album came in at #20 in pure album sales this week. With the big emphasis on Patsy Cline in the fourth episode of the documentary, she also saw a big boost, with songs from Patsy Cline’s Greatest Hits receiving 1.86 million new streams. And also of note, songs from Essential Willie Nelson received 3.3 million new streams. All of these numbers were significantly up from where they were previous to the airing of the documentary.

As for the songs that most resonated with viewers of the documentary, according to download data, Willie Nelson and Merle Haggard’s “Pancho & Lefty” written by Townes Van Zandt lead the charge after it was featured prominently in Episode 7. Patsy Cline’s “Crazy” written by Willie Nelson was also a big winner. Vince Gill’s “Go Rest High On That Mountain” also did well. The song was part of one of the most touching moments in the entire series when Gill performed it at the George Jones memorial service in Episode 8 .

Other big gainers were Kris Kristofferson’s “Why Me,” The Nitty Gritty Dirt Band’s version of “Will The Circle Be Unbroken,” “He Stopped Loving Her Today” by George Jones, “I’m So Lonesome I Could Cry” by Hank Williams, “Jolene” by Dolly Parton, and Johnny Cash’s “Folsom Prison Blues,” “Ring Of Fire,” and “I Walk The Line.” All of these were songs featured in a dedicated manner in the film.

The official 5-album soundtrack for Country Music has also been doing well, coming in at #4 this week in pure album sales in country.

It may take months or years to see just what kind of impact the airing of the 8-part, 16 1/2-hour series has on country music at large. But it is good to see that the public is responding to what they saw, and some songs and artists from the past are benefiting from it.