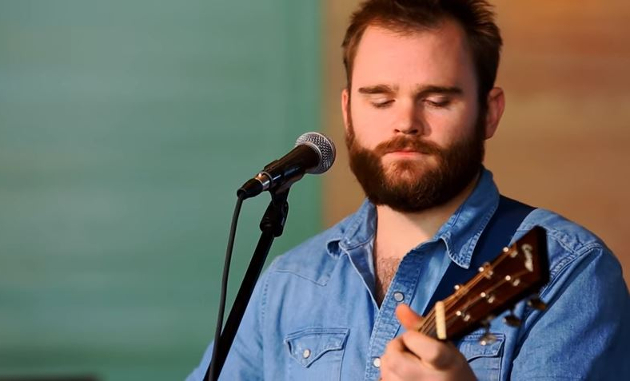 Texas music songwriter and performer John Baumann is the latest to receive a big opportunity and an adrenaline shot in the royalty department via a big mainstream country name. Announced as part of the rollout of Kenny Chesney’s upcoming album Songs For The Saints out July 27, John Baumann has revealed his song “Gulf Moon” was selected to be one of the album’s 12 tracks. “I am honored, stunned and grateful,” Baumann said about the distinction. “Never quit on your dreams. There is always hope.”

Originally appearing on Baumann’s 2014 record High Plains Alchemy, the song has the nautical references common to a Chesney tune, but is much more poetic and deep than a beach bum ditty—more indicative of a song you may have heard from Guy Clark back in the day, or perhaps James McMurtry.

John Baumann’s writing work has been receiving a lot recognition recently, from fans and musicians alike. His song “Old Stone Church” was nominated for Saving Country Music’s Song of the Year in 2017. It was one of numerous notable compositions from his most recent record Proving Grounds. Baumann also participated with Mike in the Moonpies recently in the rousing track “Country Music’s Dead.”

John Baumann joins Texas country’s Randall King and others in the big news department lately. King just had his song “The Road I’m On” selected by Garth Brooks to be the opening song for his upcoming world tour. Also this week, Texas country’s Cody Johnson signed a partnership with Warner Music Nashville. Add that with the recent news of Cody Jinks signing with Concord/Rounder to release his upcoming album Lifers, and Texas music is on a winning stream when it comes to receiving mainstream recognition.

Though Kenny Chesney remains a polarizing character to some traditional country fans, it’s worth noting he’s pledged that proceeds from his Songs for the Saints record will go toward the Virgin Islands after Hurricane Irma devastated the area. Chesney owns property in the area, and has strong ties to the islands. “To just see the devastation and what that does to people is one thing, but then there’s this courage and resilience people find,” Chesney says. The album will also be Chesney’s first record after switching to Warner Bros. from Sony’s Columbia Nashville.