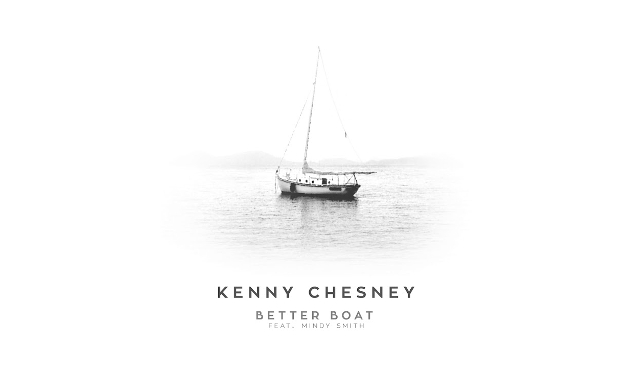 The truth is you have no idea who a country music superstar really is. Their entire lives, personal and professional, from the persona you see on stage to the bleeding heart hospital visits and fan appreciation posts on social media, it’s all calculated and manufactured, and how much of it is truly who they are and how much is marketing is really anyone’s guess. Most entertainers don’t know who they are anymore either. They’ve been churned in the machine so much, their true selves elude even them.

If left to his own devices, yet still able to find massive success, who knows what an artist like Kenny Chesney would have turned out to be. He certainly showed promise early in his career, but even that would never be enough to rehabilitate his image in the minds of many listeners who put artistry, roots, and integrity first. Too many cervezas out on the beach and songs about sand between the toes and sexy tractors to unscrew that duck. Unlike Dierks Bentley or Miranda Lambert, Kenny Chesney never left a door open to make a return to his roots, because it’s inconclusive what those roots exactly are. He’s a stadium act who is sure to be in the Hall of Fame someday to the chagrin of many. But what defines Kenny Chesney beyond beach bumming?

Kenny Chesney’s newest record Songs for the Saints is coming July 27th, and it’s notable if for no other reason than it’s the first on Warner Bros. after 25 years with Sony. Should this transition tip us off that after an era of playing the marionette for the money changers, perhaps we’ll see Kenny Chesney stretch his legs in ways we previously believed were impossible? The fact that he’s including a song on the record written by Texas music up-and-comer John Baumann certainly is a promising sign. And so is this song “Better Boat” written by respected songwriters Travis Meadows and Liz Rose. We might even say (gulp) that it challenges for the best track Kenny Chesney has ever released in nearly a quarter century of working on his melanoma on Southern beaches and singing about it.

Nearly everything about “Better Boat” is right. The songwriters Travis Meadows and Liz Rose are right. The entirety of the instrumentation being performed by Mac McAnally on an acoustic guitar is right. Kenny choosing songwriter Mindy Smith to perform the song with instead of some pop star is right. The mood and production is right. And most importantly, the song is right. Remember, in 2010 Kenny Chesney covered Guy Clark’s “Hemingway’s Whiskey” and made it the title track to his album. We know the guy is a fan of quality songwriting—when he’s allowed to show it. He showed it selecting John Baumann’s “Gulf Moon,” and he shows it again with “Better Boat.”

This is the type of song that doesn’t get written, certainly doesn’t get cut, and most definitely doesn’t get recorded and released by a major label artist like Kenny Chesney in Nashville these days. Or if it does, they figure out a way to screw it all up by adding an electronic drum beat or something else unclean to country music, sullying the appeal for more distinguished listeners. It’s by God poetic and wise, yet with an effective and easy-to-digest lyrical hook. It reminds you less of Kenny Chesney, and more of Lyle Lovett. It’s about self-improvement, evaluation, and reflection. This is the heady stuff usually left off of mainstream albums as not to alienate audiences.

“Better Boat” has not been deemed a single yet—it’s still an introductory track to the upcoming record. But that at least means Chesney and Warner Bros. believe in “Better Boat” enough to put it forward in advance. It’s also the last track on the album, just like “Hemingway’s Whiskey” was, and just like the best track of nearly every mainstream country release is. That means we’re pretty much assured nothing else from Songs for the Saints will better than this, though Songs for the Saints will most assuredly be better for including it.

We’re far from determining that Kenny Chesney has righted the ship, but “Better Boat” is certainly steering the rudder in a better direction. Time will tell if it’s a true sea change.