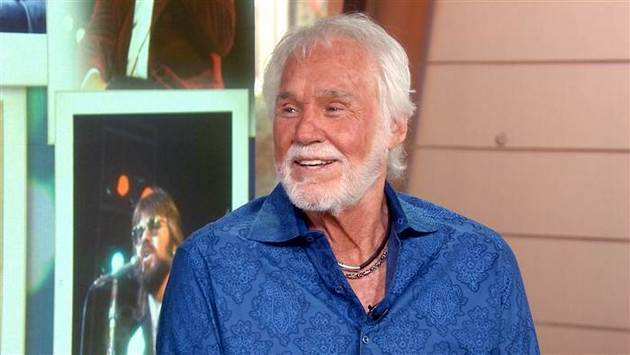 Kenny Rogers is not on death’s door, despite misleading reports to the contrary, and some continuing health problems. The 80-year-old Country Music Hall of Famer has been hospitalized for dehydration in Georgia, and continues to remain in medical care to undergo physical therapy. But reports from spurious gossip site Radar Online and others saying that he’s “preparing for death” are overblown according to Kenny’s representatives.

Radar Online‘s elaborate report (not linked here on purpose) cited an unnamed source saying Rogers is dealing with liver disease, bladder Cancer, and an ailing back, and is selling off his assets to prepare for his passing. Rogers has been attempting to sell some of his property assets for some time, and at 80-years-old, could be dealing with a host of medical issues beyond his current hospitalization, and would be smart to plan for the future of his estate.

But the Radar Online story went out of its way to embellish the circumstances, including saying that Rogers placed a “final” phone call to Dolly Parton. The report in one breath says that Kenny Rogers has been wandering his neighborhood, going into random houses, while later saying he’s bed ridden, needs 24-hour medical care, and is hooked up to oxygen tanks. Other outlets then picked up on Radar Online‘s reporting and posted similar stories.

The articles prompted representatives for Kenny Rogers to release the following statement:

Due to recent wild misinformation and speculation from several media outlets, we are issuing the following statement on behalf of Kenny Rogers:

Kenny was recently admitted to a local Georgia hospital and treated for dehydration. He will remain there to complete some physical therapy to get his strength back prior to discharge. He appreciates the concern and well wishes he has received from his fans and can assure everyone he plans on sticking around through the years to come.

Kenny Rogers announced his retirement and a final farewell tour called “The Gambler’s Last Deal” on April 13th, 2016 after nearly five decades as a live performer. Rogers fulfilled the first leg of the farewell tour, but then was forced to cancel all of his remaining 2018 appearances in April of that year due to health concerns.

“I didn’t want to take forever to retire,” Rogers said in a statement. “I’ve thoroughly enjoyed this opportunity to say farewell to the fans over the course of the past two years on ‘The Gambler’s Last Deal’ tour. I could never properly thank them for the encouragement and support they’ve given me throughout my career and the happiness I have experienced because of that.”

Kenny Rogers also appeared and performed at the “All In for the Gambler” Farewell Show held at Nashville’s Bridgestone Arena on October 25th, 2017, with Dolly Parton, Reba McEntire, The Judds, Kris Kristofferson, Jamey Johnson, and a host of others performing in his honor.

Kenny Rogers married his current wife Wanda Miller on June 1, 1997, and the couple has two teenage twin boys. He was inducted into the Country Music Hall of Fame in 2013, and remains one of the greatest selling artists of any genre of all time.