Kentucky’s Fifth on the Floor Is Breaking Up 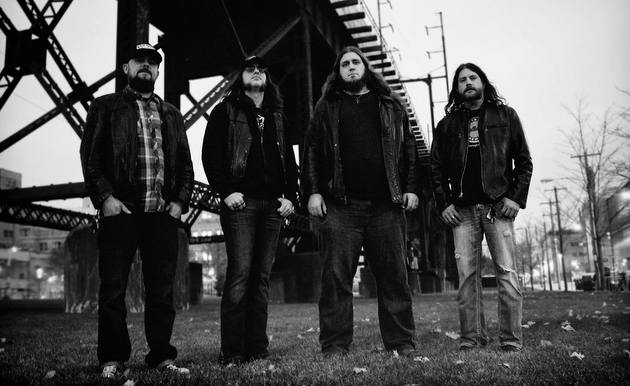 Lexington, Kentucky-based Southern rock / sometimes country band Fifth on the Floor is breaking up, according to a missive sent out by the band today (1-6-15). Led by songwriter and lead singer Justin Wells, Fifth on the Floor was seen by many as one of the most promising upstart Southern rock bands of the last decade, releasing three albums over the eight year span of the project, including the Shooter Jennings-produced Ashes & Angels in 2013 through eOne Music and Shooter’s Black Country Rock imprint, which charted on Billboard’s country charts at #64. Guitar player Ryan Clackner, who had previously played with Bob Wayne and the Outlaw Carnies, and was once featured in a Pistol Annies video, had recently left the band after replacing the previous lead guitar player.

Fifth on the Floor shared the stage with many notable names over their run, including The Marshall Tucker Band, Wanda Jackson, and Jason Isbell, and went on numerous regional and national tours, including opening for Shooter Jennings, George Thorogood, and Unknown Hinson.

The band is not done just yet though. They still have a slate of shows coming up with songwriter Matt Woods in February, and will be playing a album release show for their parting EP & Then on January 17th at Cosmic Charlies in Lexington. According to the band’s statement, bass player Jason Parsons is headed to Seminary. Drummer Kevin Hogle was also a member of the band. You can read Fifth on the Floor’s statement below:

2014 was an incredible year for Fifth on the Floor. We saw so many of our friends all over the country, made a hell of a lot of new ones in the US and Canada both, and played the biggest stages in front of the biggest audiences we’ve ever played for. It’s been an amazing blessing, and we want to thank every single person who caught a show, bought an album, or simply enjoyed one of our songs. Seriously. Thank you.

Unfortunately, for a variety of reasons, the three of us have decided to close the door on Fifth on the Floor. There’s no bad blood, nothin to dig up. To quote Galileo : “It is what it is.” Given the support so many folks have had for us, this decision wasn’t made lightly. This is simply what’s best for us. We look forward to letting you know about our future musical endeavors as soon as we’re able. Trust me, we’re not walking away from music. (Well, JP is headed to Seminary…)

We’ve had a blast playing these songs for you guys these past 8 and a half years. Thanks. For everything.

As such, the Jan 17 EP release show at Cosmic Charlie’s, as well as the February tour w/ Matt Woods will be some of our last shows. We are currently working on a final show for the spring, as proper a goodbye as these humble Kentuckians can drum up. It’d mean the world if we got to see ya at as many of these shows as you can make it to.

I guarantee you, you’ll be seeing us in some form or another in the coming months.