Keys to Taylor Swift’s Success Every Artist Can Learn From 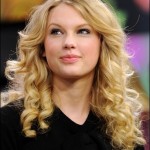 Yesterday Taylor Swift turned 22, and just over the last few weeks she’s assembled more awards and accolades than most artists could hope to get their entire careers, and not just from the shallow usual suspects of industry-driven institutions. She was awarded Billboard’s Woman of the Year award, the Nashville Symphony gave her the “Harmony Award,” and this is all after being named the reigning CMA Entertainer of the Year in November.

When people talk about the “manufactured” pop star, what they mean is taking a pretty face, and pushing all the right buttons to make an artist that has mass appeal at the expense of soul and creativity. It is very easy to pigeon hole Taylor into this lot: She sells out stadiums, her shows are filled with shrieking little girls, she’s pretty, and on the surface, her songs are pallid. But in truth Taylor Swift’s success has nothing to do with her following all the rules, because she didn’t. She broke all of them, and that is why she is now in a position of not following trends, but forming them, and is on the way to only only becoming the biggest name in country music for 2011 or even the last 5 years, but possibly the biggest, most impactful music artists of a generation.

When you look at a band like, let’s say, Sugarland, you see a band that saw the success of Taylor Swift, misunderstood it as a simple infusion of pop sensibilities, and then sold out in an attempt to simulate her path. Sure, selling out to the manufatured pop template can give you a short-term boost of revenue, but I have no doubt Sugarland’s legacy will end up somewhere beside the Phil Collins’s of the world: eventually relegated to a punch line by the brutal judgement of time.

But if any artist or band, regardless of the genre, or their scope or goals, doesn’t want to hit their head on a ceiling, whether that ceiling is monetary, popularity-based, or creatively-based, they would be wise to learn from the lessons the success of Taylor Swift has taught us all.

Ironically, the one mainstream country artist that could benefit from the pitch-correcting program the most refuses to use it, and has always refused to use it from some intuitive, self-born philosophy that it is cheating. The three singers of Rascal Flatts are probably all more gifted vocalists than Taylor Swift, but unflinchingly and overtly use Auto-tune in their live shows and on their records. In fact most, if not all mainstream country singers sing better than Taylor, yet many do use or have used Auto-tune. Taylor took the gamble that fans would appreciate honesty over perfection, and it has paid off in spades.

2. Do not lip sync, or participate in events where lip-syncing is necessitated.

When reigning American Idol champion Scotty McCreery flubbed his lip sync performance at the Macy’s Thanksgiving Day Parade, many offered the excuse that every performer has to lip sync at a parade, and to refuse the exposure a parade or similar event can offer would be self-defeating. Well unfortunately the exposure it brought to Scotty was probably not the type he was looking for. He truly was “exposed.”

Taylor Swift on the other hand, without lip-syncing at parades, performing National Anthems, or participating in any other events to increase her exposure that could also expose her vocal limitations, has outsold every other artist in the last 5 years. And just like with Auto-Tune, Taylor Swift might be the one who to benefit most from a pre-recorded track. Once again, honesty trumps perfection.

Yes, aside from what anyone thinks about her music, Taylor Swift is an attractive young lady, make no mistake. But she is not the prototypical alpha-female with big boobs and a chiseled face, and she does not use sex appeal to sell her music. She does use choreography and all manner of over-production in her live shows, but at the same time she admits to her ungracefulness, and at times strips all the over-production back to sing songs with just her and a guitar.

Just like her honesty endears her to her fans, so does Taylor’s realness. Her early songs talk about being a dork in school and not fitting in, and they are not only something her fans can relate to, they are authentic. And for all the over-production, she never crosses the line of being sensational like a Lady Gaga, or sexualizing it. Sure, if Taylor Swift was dumpy with acne scars, then we probably would’ve never heard of her or her music. But Taylor Swift is not about shallow imagery. She uses imagery only when it does not sacrifice substance.

4. Write your own music, produce your own records.

Taylor Swift wrote every song on her last Speak Now album, and is credited as the co-producer, trumping a lot of her critics who asked about her previous albums, “Exactly how much of those songs do you think that little girl wrote?” In a recent 60 Minutes interview, Taylor explained how when signed to a development contract with RCA on Music Row, they continuously suggested to her to sing other people’s songs. In unprecedented move, she walked away from her deal, and singed up with Scott Borchetta at Big Machine as the label’s first artist. Scott gave her unprecedented creative freedom, and once again the move paid off in spades.

5. Endear yourself to your fans by being real and honest.

Though this is encapsulated in all of the other points, Taylor Swift takes it a step further. It is hard to humanize yourself to your fans when you’re standing on a stage in a stadium, but Taylor Swift has figured out how to. During her live shows, she goes to the back of the crowd to the cheap seats and sings acoustic songs. On her way back to the stage, she purposely weaves through the crowd to touch her fans and be close to them. When she first started out she answered every single email her fans would send her on MySpace. Taylor’s fans are so loyal, not because she is someone they idolize, but because she is someone they identify with. She is one of them.

Taylor Swift is not wildly-popular and successful because is is the best singer, best musician, best songwriter, or prettiest girl. It is because she is the best Taylor Swift, uncompromisingly-herself, true to her feelings, her instincts, and her desires.

Further Things Taylor Swift could do.

In some ways I don’t blame her for taking the big payday when it was offered to her, but at this point Taylor, her family, her children, and her grandchildren are all set up for the rest of their lives with just the money she has earned and will continue to earn off of what she has done already. Just like many superstar artists and athletes that are offered endorsement money and refuse it, this is another step Taylor could take to endear her to her fans, and quiet some of her critics. It would give her the ammunition to say that she and her music are not just about money; that it is about artistic expression first, and the money is just a symptom of the purity and appeal of that expression.

It is not a coincidence that Taylor’s most popular song from her Speak Now album is also the one that is the most country. At 10-years-old she begged her parents to take her to Nashville. Somewhere there are some deep country roots in Taylor. Maybe those roots lead to Tim McGraw and not country’s deeper traditions, but the deeper she plants her roots in the music, the stronger she will grow, and she must create a stronger foundation if she is able to sustain her level of success. She did this in part when she moved to Nashville instead of New York or LA when she moved out of her parent’s house.

The two biggest criticisms of Taylor is that she can’t sing, and that she’s not country. She could fix one of those fairly easily, even just by setting a slightly more country tinge to her music since her median at this point is so centered around pop.

3. Watch who she associates with.

Taylor Swift must lead, not follow. Collaborating or even associating with acts that regularly lip sync and use Auto-tune for example can only make their star burn brighter, and weaken hers. On her Speak Now tour, she invited local artists to perform with her on stage in certain cities, and this was a good way to localize her music and create memorable and definable moments for media to report on, and fans to remember. But Taylor Swift doesn’t need a popularity boost from TI or Tim McGraw, it is vice versa. Her collaborations should stay to up-and-coming artists that need the attention Taylor can afford, and with other artists who have the universal legendary status Taylor is now on the verge of achieving.

Read: We Were Wrong About Taylor Swift