Kip Moore Insists His Afterparty Skip was a Big Misunderstanding 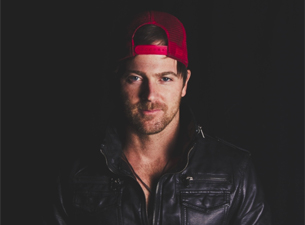 Wednesday night (4-15) was interesting to say the least for Saving Country Music after MCA Nashville artist Kip Moore and a number of his fans reached out through Twitter, calling into question Saving Country Music’s coverage of his scheduled appearance at an afterparty gone bad in his hometown of Valdosta, GA. Valdosta State University had contracted with Kip Moore’s management for the star to make an appearance at the Ashley Street Station after a concert, but he never showed. Angering the people who paid $10 to attend even more, Kip was spotted in another local bar partying down with other patrons.

Fanning the flames was a local blog called Valdosta Happenings that called Kip Moore an “asshole,” and spurned readers to reach out to Moore though his social media properties to complain. Some of the criticism aimed Saving Country Music’s way by Kip Moore and his fans appeared to confuse the two outlets. When Kip woke up the day after the show, he found a barrage of angry posts to him that he initially didn’t know what for. Saving Country Music posted both letters from Kip Moore to fans—the first where he didn’t know he was obligated to make the appearance, and the second where he found out from his management and apologized. SCM offered to post more from Kip if he chose to clarify his statements further.

Kip insisted to Saving Country Music that he did not know about the appearance, and that it was a lapse in communication with his management that caused the misunderstanding. “Yes they called my team and asked if I’d come by and I would have been glad to,” Moore says. “They helped promote the show and I would have been glad to. That part is my team’s fault which they own for not explaining I was supposed to go there.”

The owner of the Ashley Street Station said he spoke with Kip Moore and his management about the appearance himself, and that Kip was aware of the afterparty, but Kip says, “On show days my mind is everywhere and if this guy was anywhere near me taking about going to a bar I probably wasn’t paying attention. I already had plans to go to Blue Water [a separate bar] because my friend helps run it. And if he talked of a bar I probably thought he was talking about Blue Water if I even heard him. At the end of the night I went to Blue Water with no clue a group of fans were waiting. I do more for my fans than you will ever know.”

What doesn’t sit right with Kip is that the misunderstanding happened in his hometown, and his own fans were being turned against him.

“It sucks because I would have gladly gone by that bar. I do it all the time for people. I go out of my way all the time and now my own people are ripping me. It’s my people being turned on me and ripping me for something out of my control that bothers me. My team agreed I would go by there without me knowing but they never knew of a charge [for admission]. Most bars just ask if we’ll stop by and I think my team thought it was one of those situations. A casual pop in.”

As for Kip’s ripping of the people who attacked him on Facebook and Twitter for missing the engagement before he knew he was obligated to be there, he says, “Of course I’m gonna lash out when I wake up to the hate that I did. You would too. Especially when I had no clue why.”

Though the situation appears to be mostly diffused at this point, Moore wanted to make sure people knew his side of the story. “Normally I would let this bullshit go, but it’s my hometown and my own damn people.”

Kip will be in California next weekend to perform at the Stagecoach Festival.