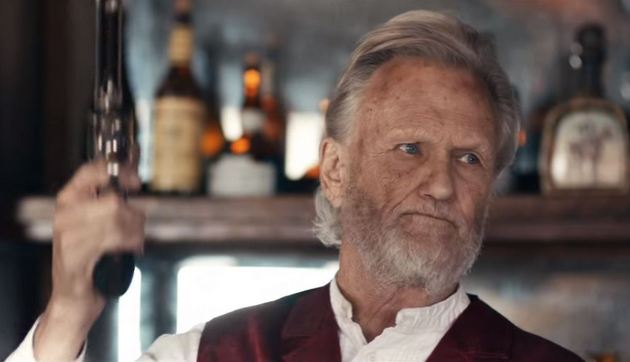 “There’s a battle in every man. Two wolves that exist inside each of us. One’s evil and anger. The other’s love and hope. You know which one wins? The one you feed.”

—Kris Kristofferson as “Billy” in the movie Traded

Director Timothy Woodward Jr. was inspired to make a Western version of the Liam Neeson blockbuster Taken, and decided to cast country music songwriting legend and noted actor Kris Kristofferson on help star in the movie. Set in Kansas during the late 1800’s, and shot in parts of New Mexico and California, Traded finds Kristofferson as a crotchety, soothsaying, gun-toting bartender named Billy, who slips in and out of the story as Clay Travis (Michael ParÃ©) goes looking for his lost daughter taken from his home in a raid that also left his son dead.

Also starring in the movie is Trace Adkins (who hopefully doesn’t break out into a rendition of “Honky Tonk Badonkadonk” and ruin it for everyone), Tim Sizemore, Quinton Aaron, Martin Kove, and Kris Kristofferson’s daughter Kelly Kristofferson. Judging from the trailer (see below), there will be plenty of gun toting, train hopping, and timely dialogue as good guy vs. bad guy action-packed drama ensues.

Traded opens on June 10 in select theaters in New York, Los Angeles, Chicago, Philadelphia, Dallas, D.C. Houston, Phoenix, Denver, and Kansas City. It will also be available on demand and Digital HD soon. It was produced by Cinedigm and Status Media and was filmed on location in Yucca Valley, and at Paramount Ranch and Big Sky Movie Ranch.