Lack of Information on Randy Travis Leading to Unnecessary Speculation 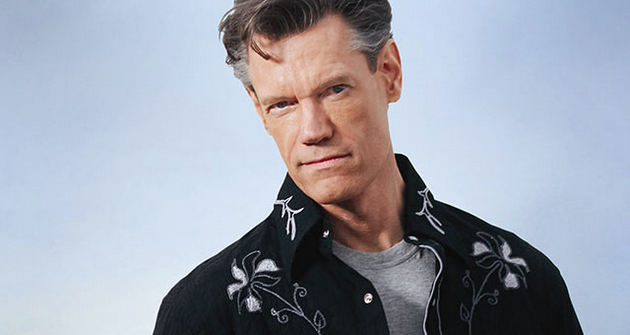 On Saturday (6-21), gossip site TMZ posted a story about ailing country music star Randy Travis, and how he’s currently infirmed, unable to speak, and how it is unclear if he is even lucid enough to follow a conversation. TMZ’s unnamed source says he is just now finally able to walk with a cane, but that his speech has yet to come back, though it also says that with therapy, Randy could “return to the stage … possibly in 3 years.”

Though some of the information seems plausible, other parts of it contradict previous reports about Randy’s condition from a named source. In early February, Randy’s father Harold Traywick told another celebrity magazine Closer Weekly about what the magazine characterized as Randy’s “miraculous” recovery, quoting Traywick as saying, “He’s getting his voice back now, little by little.” Another unnamed source was cited in the short article saying, “Randy’s doctors are extremely pleased with his progress.”

This is a little bit of a different picture from what yet another tabloid, The National Enquirer published in November of 2013, also quoting Harold Traywick as saying, ““Randy is still paralyzed on his right side. He can’t walk and he can barely speak. There’s nothing more doctors can do. Randy’s chances of a full recovery don’t look good.” That story also included an unnamed source, just like the Closer Weekly story, speaking right beside Randy’s father.It also is worth pointing out that Traywick previously used The National Enquirer to air dirty laundry during Randy’s 2012 breakdown, illustrating a schism between the two at that time.

Then there is the matter of the pictures of Randy Travis that keep surfacing. The first set arrived in January of Randy riding around in a golf cart on his ranch in Tioga, TX, and posing with his fiancee, Mary Beougher. This was the first we had seen of the ailing star since his health issues. Then there was the picture of Randy with Neal McCoy on February 7th at a show in Dallas, dubbed as Randy’s first public appearance since his heart problems and stroke. And most recently a picture surfaced of Randy and Dolly Parton from earlier in June. Parton was performing in Oklahoma, just over the Texas border, and took time to pose with Randy.

Randy Travis was initially admitted to the hospital on July 7th, 2013 for viral cardiomyopathy, or a weakening of the heart muscle. While being treated for the condition at The Heart Hospital in Plano, TX, Travis suffered a stroke as a complication to the treatment, and had to undergo emergency surgery to relieve pressure on his brain. The surgery was successful, but Travis remained in the hospital until late July when he was moved to a rehabilitation facility to deal with the effects of the stroke. Travis remained in inpatient care until October 11th when he returned to his ranch in Tioga.

While Travis was in the hospital in Plano, TX, the medical professionals and his fiancee were open and forthright about the singer’s condition, at one point holding a press conference to explain the complexities of what had happened to him. But since he was transferred to the impatient rehabilitation facility, any information that has come out has been in bits and pieces, much from unnamed sources, some of which has contradicted itself, and none of which has been confirmed by anyone officially from the Randy Travis camp, leading to an environment of rumor, misinformation, and conjecture about Randy’s condition.

In fact the Randy Travis camp hasn’t even acknowledged Randy’s health issues, unless you want to count the appearance of his fiance at the hospital press conference on July 15th of 2013. Any information officially from his camp has been about his recent release of the album Influence Vol. 1: The Man I Am, or about other incidental happenings. But there has been no prognosis, no diagnosis of Randy’s condition from anyone who can be confirmed to speak officially for the ailing artist.

The next question to ask, and it is an important one, is if it is any of our business? Many times in situations like this, families ask for privacy. However, the Travis family has not asked for privacy, and while Randy’s father seems to be willing to speak to whatever tabloid will have him, and his fiancee or someone else has been approving of the photos of Randy being posted publicly, there has been absolutely no fundamental information released about Randy’s condition. The information that has been released has been unhelpful, and misleading, while the photos paint a rosy picture of Randy’s health that are likely not accurate.

Regardless of all the various reports from named and unnamed sources, somewhere there is a team of doctors caring for Randy, and within that team there are official prognoses and diagnoses about his condition. His physical therapists have ways to measure the amount of paralysis he is suffering from, as well as his improvement rated by percentages. Speech pathologists and other therapists have specific information about how much Randy is able to speak or not speak, and can also give specifics about any improvement, or potential for improvement in the future. Yet instead of being given this information, even in the smallest of amounts and in the most respectful of manners, Randy’s fans are left to see saw from one story to another from sources they’re not sure they can trust, delivered by tabloids.

In one respect, it is no business of the public what Randy’s condition is. Medical information is private, and protected by law as such. But that hasn’t stopped Randy’s father, and a handful of unnamed sources talking to the media about his condition in amateur reports that seem to be focused on superficial observations instead of medical prognoses.

They way you fight rumor and conjecture is with facts and information, and we have received none of that from the Randy Travis camp. The fans of Randy Travis are concerned about the star. Their thoughts, and their prayers have been asked for, and have been given, and they want to know how Randy is doing, and they don’t want to have to seek that information out from TMZ or The National Enquirer, especially when it appears to be incorrect, or at the least, contradictory.

Clearly Randy is not able to sing. He clearly hasn’t fully recovered, or he would have already made a live public appearance, and it is understandable that with a performer of his stature, there may be reluctance to give too much information. But his fans are understanding. Many want to help Randy fight this battle. They want to know specifically where to focus their thoughts and prayers. They can take the news, whatever it is. What they can’t take is incorrect news, and being gamed by tabloids. This is Randy Travis, not Kim Kardashian. Randy may not be able to speak, but it is well beyond time for his family, his management, or his label to speak in an official capacity to stamp out rumors, and paint an accurate picture of Randy’s condition.