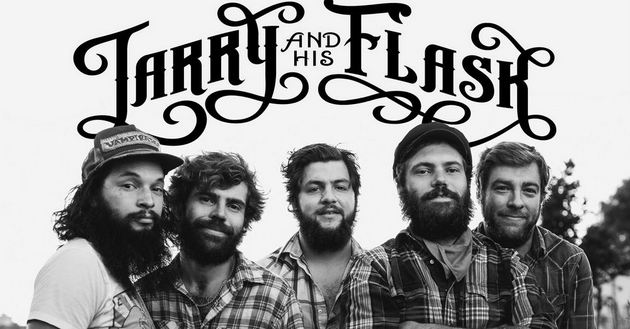 Bend, Oregon-based roots band Larry & His Flask had their van and trailer with all of their musical gear and many personal possessions stolen in Cayce, South Carolina, just south of Columbia, on Saturday, June 7th after playing a show at the New Brookland Tavern in Columbia. The theft happened at the Riverside Inn at roughly 4 AM in the morning after the band had gone to sleep. The theft left the band stranded and without instruments while in the midst of a tour with Foxy Shazam with 16 more dates to play on the tour.

The van was later found in a nearby county, though the trailer and all the personal contents of the van were gone. The van was damaged in the theft as well, including the ignition key cylinder that the thieves destroyed to steal the van. A similar string of thefts where the crooks steal a van and trailer to take the contents and ditch the van have plagued the area recently. Larry & His Flask were able to get the van repaired and back on the road to play a show Monday night at The Culture Room in Ft. Lauderdale, FL, but they are still out all of all of their gear, merchandise, and many personal possessions. 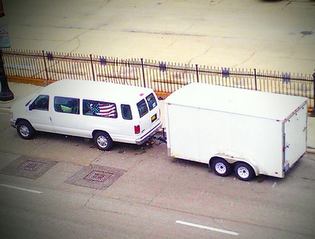 Though police in South Carolina are saying the chances are slim that any of Larry & His Flask’s gear or possessions will ever be found, the band is asking people to be on the lookout for their gear (see a complete list below, which will be updated when more information is available). They are also taking donations through paypal, which concerned fans can send to larry and his flask at gmail dot com.

“We are barely able to express adequately how thoroughly bowled over we are at the unbelievable kindness of so many of you,” the band posted on their Facebook page. “Strangers as well as friends, from near and from far far away. Our minds are blown, they really are. Our belief in the innate goodness of humanity was seriously kicked in the butt on Saturday when the theft went down, but since then the extreme generosity, incredible words of support and abiding love from so many of you has turned an utterly demoralizing situation into something that while bitter is also bearable, something that we feel pretty sure we’ll be able to move on from and keep on carrying on doing what we do best, which is play and make music for all of you.”

As and updates come in about the band’s gear, they will be posted here.

Stolen Gear to Look Out For: