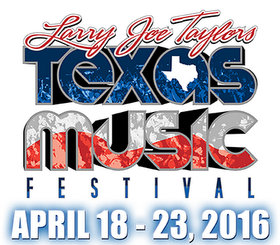 The biggest festival in the country that you’ve never heard of (unless you’re from Texas) has announced the full lineup for their 2016 season. It includes a lot of the familiar names of the Texas and Red Dirt side of country music that you would expect to see like the Turnpike Troubadours, Jason Boland and the Stragglers, Wade Bowen, the Randy Rogers Band, and William Clark Green, and a few interesting wild cards like The Black Lillies and Aubrie Sellers.

Scheduled to take place this year between April 18th to the 23rd, the Larry Joe Taylor Festival will welcome an estimated 50,000 people through the gates over 6 days, and feature music on three stages from over 50 bands at the Melody Mountain Ranch in Stephenville, TX. One of the biggest and oldest music festivals in the country, Larry Joe Taylor Fest has been going on for over a quarter century.

Larry Joe Taylor took up singing and songwriting after being injured in the rodeo, and wrote some songs with Texas singer-songwriter Gary P. Nunn. The first Larry Joe Taylor festival held in Meridian, TX only drew 100 people, but over the years the event has continued to grow due to the strength of the Texas music scene.