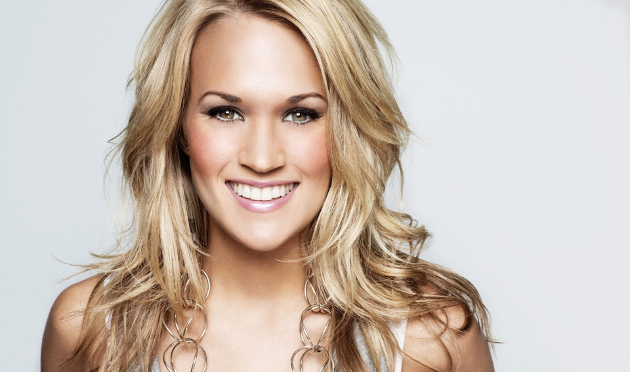 Well, now we know that the political vitriol and McCarthy-style ideologues attacking members of the music community in the aftermath of the Presidential election don’t only exist on the left. Apparently we were fools for thinking the end of the election would draw down the infighting and accusations when all it’s done is exacerbate them. The latest victim is Carrie Underwood, who’s come under fire from conservative family groups like American Family Association for being one who “encourages and supports homosexual marriage.”

The controversy stems from Carrie Underwood performing at the Georgia Dome in Atlanta on January 2nd at the evangelical “Passion” conference. The song she performed was her uplifting, critically-acclaimed, faith-based song “Something in the Water” that reached #1 on both the Hot Country Songs and Hot Christian Songs charts in 2014.

You would think the song, the performance, and Carrie’s other numerous efforts of outreach and support to people of faith over the years would earn her a little more good will from that community. But in a letter by American Family Association’s outreach director Wesley Wildmon to pastor Louie Giglio who founded the event, he says, “God is right about marriage and Carrie Underwood is wrong.”

If you’re wondering when and where you missed Carrie Underwood of all people coming out in in some sort of vehement public support of gay marriage in a defiant crossing of swords with the church, no, you haven’t been living on Mars, it’s just that it never really happened.

What did happen was Carrie Underwood was ambushed by a reporter for the British-based periodical The Independent when touring the U.K. in 2012, and when asked the completely inappropriate question about how she felt about gay marriage, which veers so far off the musical page it should have been stricken from the interview, Carrie Underwood with grace and wisdom answered,

“As a married person myself, I don’t know what it’s like to be told I can’t marry somebody I love, and want to marry. I can’t imagine how that must feel. I definitely think we should all have the right to love, and love publicly, the people that we want to love.”

Yeah, that’s it. This is something she said now half a decade ago, and the only reason it was presented as some sort of shot across the bow of the church was because The Independent, looking for clicks, presented it with this sexed-up squib:

“In a development that will doubtless outrage her many fans on the religious right, the nation’s most popular country singer, Carrie Underwood, has come out vehemently in favour of gay marriage.”

The Independent wanted controversy, and they got it. Later in an interview with the UK Associated Press, Carrie Underwood said, “I was asked a difficult question in the last five minutes of an interview and I answered it the best way I knew how, and after that I do what I do and I love making music…”

Yes, it was a question in the last five minutes of an interview, with an artist who thought they were simply helping the press out to promote upcoming public appearances, and the politically-motivated writer for The Independent turned Carrie Underwood’s answer into the entire premise of his piece. If there’s any outrage, that is where it should be pointed, and that’s exactly where Saving Country Music pointed it back in 2012.

But beyond how the quotes from Carrie Underwood surfaced, and if they should be characterized as coming out “vehemently in favour of gay marriage,” why are these religious groups attacking Carrie Underwood for taking of her own time to play one of their events? If she was in such stark opposition to the evangelical church, why would she lend her name and performance abilities to the event? If certain people were concerned about Carrie’s political stances, why was she booked in the first place?

Regardless of what anyone thinks about her music, Carrie Underwood has made her entire career about doing the right thing. She’s the only major mainstream country star at the moment upholding her performance obligations to the Grand Ole Opry. She regularly supports the Opry, and other enterprises like the “Passion” gathering in Atlanta, usually at her own expense because she happens to believe in the cause. In fact I’m surprised we haven’t seen the stories yet about how Carrie Underwood is a member of the “alt-right” for even performing at such a function, though I wouldn’t be surprised if they’re on the way. Rolling Stone and a dozen other outlets have already picked up this “gay marriage” story, making a molehill into a mountain.

And what is so provocative about saying, “I definitely think we should all have the right to love, and love publicly, the people that we want to love.”? I understand, the issue of gay marriage can be quite contentious, but even the Catholic church and many local congregations and parishes across the country and world are opening their doors to anyone and everyone who wants to come in, and not judging them for any reason, but understanding that the word of God is for everybody. Whatever happened to “Judge not, lest ye be judged,” or the lesson of Jesus breaking bread with sinners?

The institution of music should be respected as something we can all come together and enjoy. I’m no huge fan of Carrie Underwood’s music, but I think “Something in the Water” is great. It’s an amazing display of Carrie Underwood’s God-given talents that we should all be able to appreciate, regardless of political or religious affiliation.

The American Family Association’s outreach director Wesley Wildmon needs to be a little more wise and recognize that Carrie Underwood was hoodwinked in the U.K. over five years ago, and get off his high horse. Show a little respect to Carrie Underwood, who took of her time to lend her name and talent to your event because she wanted to lift her voice in praise of the Almighty, and didn’t do a half bad job of it either.

If you’re going to come out against someone for saying, “I definitely think we should all have the right to love…” then I think it’s your character that should be called into question. And I think most people of faith around the world would agree.