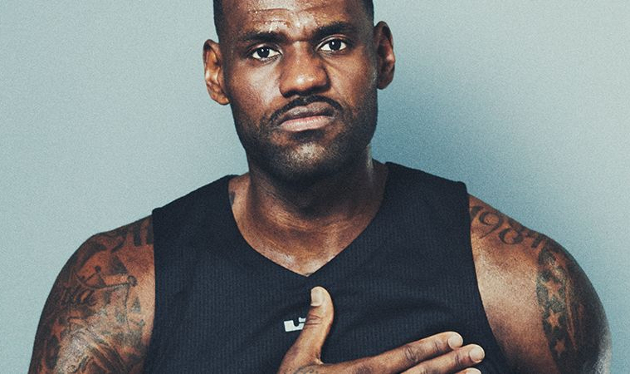 The streaming age of music is here, and those who hate it for whatever reason can rage against the dying of the light all they want, but it’s not going to change anything. The vast majority of music consumers now stream their music as their main listening platform, and those numbers are only going to increase until virtually every single music consumer has bought in, including your mom who still has to call you to figure out how to open her email because she refuses to text.

Don’t be torqued off by it, whether you’re a music maker or a consumer. Embrace it. The reason streaming has taken hold is because it is convenient, allows you to take music anywhere, and has made the vast library of recorded music available right at your fingertips. What a gift and privilege it is to be a music consumer in the modern age.

Streaming has also has opened up a few dilemmas just like any paradigm shift does. Having such vast access to so much stuff and the fact that basically anyone now can release music has made the marketplace significantly more crowded and sometimes a bit harder to find what might appeal to you. But this is a marginal trade off for all the freedom music streaming affords.

The other problem with the streaming model is the extremely marginal payouts the music creators receive from streaming companies compared to physical products or downloads, especially songwriters. With less money to go around, it makes it difficult for your favorite artists to continue their endeavors. That’s why even in the age of streaming, you should still be willing to buy physical product from your favorite band, like vinyl copies of new records for those times you’re at home and want the high fidelity audio experience. Buy a T-shirt or a koozie to supplant the music cost and to help promote your fandom, and go see your favorite bands perform on a Thursday night when they roll through your town.

The other thing you can do to help support your favorite artists—and something the entire streaming model is dependent on—is PAY FOR YOUR STREAMING SERVICE.

Pony up you cheapskate. It’s a mere pittance to sign up for a premium account through Spotify, Pandora, or whomever, and you get a commercial-free experience, sometimes with better audio quality, and the creators and industry that served you that music will get a little more money compared to the commercial-supported side. That helps sustain your favorite bands, artists, and labels through this brave new streaming era. For the price of a single CD, you can have nearly every single song ever recorded right at your fingertips. Now that’s a bargain.

In a recent ESPN interview with NBA superstars Dwayne Wade and LeBron James, LeBron admitted that he listens to Pandora, but is too cheap to pay for the premium platform. So as the Cleveland Cavaliers are taking shoot around at practice, they have to listen to interjected commercials in between songs.

ESPN interviewer Rachel Nichols brought up the fact that Dwayne Wade named LeBron “The cheapest guy in the NBA” in a previous interview. LeBron’s response was, “That is so, so, so, so false…ly true. I’ve still got Pandora with commercials. So I’ll be listening to some great music at home and then a commercial [will go], ‘Hey! You wanna win three tickets, then come to … meet LeBron, Wade and Kevin Love right now!'”

According to Forbes, LeBron James is worth $400 million.

“I’m not paying for it,” LeBron responded, unwilling to budge.

There are plenty of rich people who remain frugal despite their wealth, whether out of habit, from their upbringing, or an idealism that you should never waste money. That can be smart, and in some ways even endearing in certain circumstances. As many wealthy people will tell you, it’s not just your ability to earn that makes you rich, it’s your ability to save.

But we’re not talking about never buying your milk at a convenience store because of the incredible markup, or going to Costco to buy in bulk. The biggest problem with LeBron’s stance is that it sets a bad precedent from a big celebrity name and a taste maker. If LeBron James endorses a product, it can result in millions of dollars in new economic activity. If he dogs a product, it can be vice versa. By acting like music is something not worth paying for, it not only dissuades people who may be considering signing up for Pandora or Spotify on a premium level, it also promotes the idea that music shouldn’t need to be paid for at all—that it has no intrinsic value that should be supported with subscription dollars from the general public.

After years of the music industry trying to come to grips with how to handle streaming, they’re finally starting to get their feet beneath them and adapt to the new model, while also trying to find new revenue streams through merch sales and live experiences. It’s strange that someone will throw down $185 for Row 30 tickets to a Luke Bryan concert in a massive arena, but balk at $9.99 for a music streaming subscription service. But that’s just the way it is.

Do you love music? If you’re reading this, you probably do. Then don’t be like LeBron James. It’s hard enough out there to make music and get someone to listen. So support your favorite artists with that little extra commitment. Pay for your streaming, find other ways to give money to your favorite artists that cuts out third party platforms altogether, and be proactive in making sure the music will always be there by supporting the creators who make you happy.

READ: The Best Way To Buy Music and Support You Favorite Artists