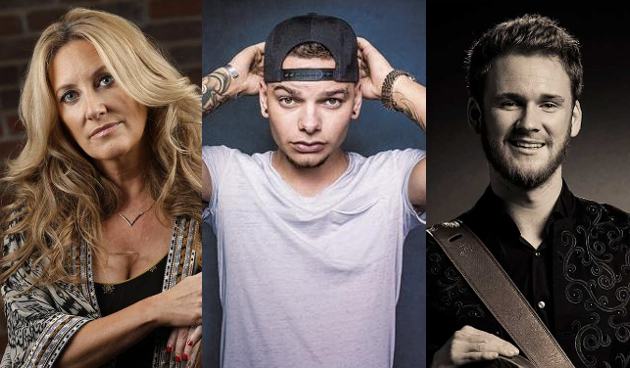 Country interloper Kane Brown just released his second record called Experiment, and since most of music media has devolved into nothing more than a promotional arm of the mainstream industry, the album’s arrival has been dutifully met with a host of fawning puff pieces filled with over-hyped tripe about how Kane Brown is the future of country music, and is changing the music forever.

Of course all these articles conveniently gloss over the fact that it was funny math and streaming manipulation that got Kane Brown here. In fact they play up the “challenges” Kane Brown has faced in his career, when nobody has benefited more from the slanted system of the streaming era in country music than Kane Brown. These articles also seem to especially focus on the “diversity” Kane Brown symbolizes for country, even though what his music truly represents is the sheer homogenization of country by importing pop and R&B influences into the genre, making country sound like everything else.

Rolling Stone Country wrote an especially breathless article on Kane Brown, calling him country’s “Outcast King,” and saying, “Kane Brown’s success indicates a new direction for country music, both in its sound and in the way artists deliver their music to fans.”

When Rolling Stone Country posted an excerpt of the article on Instagram, the comments section blew up with negative reaction from readers, with multiple actual country music artists getting in on the action, including Lee Ann Womack, Ben Haggard, Joshua Hedley, Kendell Marvel, and others.

Country artist and Mayor of Lower Broadway Josha Hedley chimed in, responding to the image Rolling Stone Country posted by saying, “Dork … Ok I lied. He’s a douche, his guitar player is a dork. Lol look at that fucking guy hahahahahaha.”

Screenshots from the melee can be seen below. 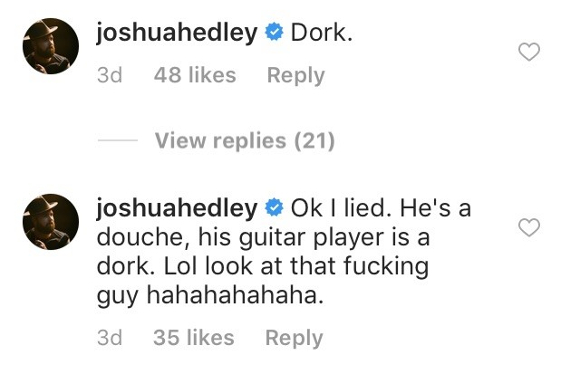 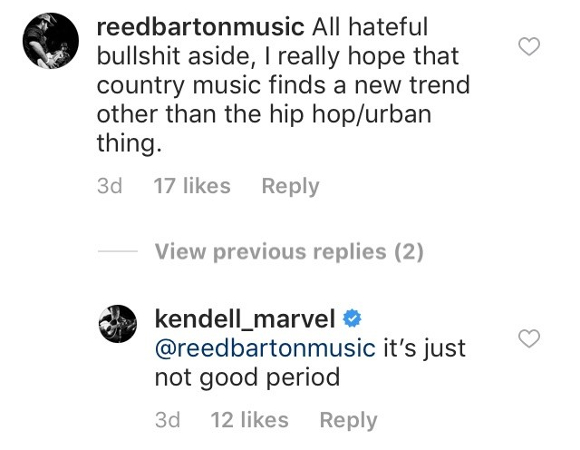 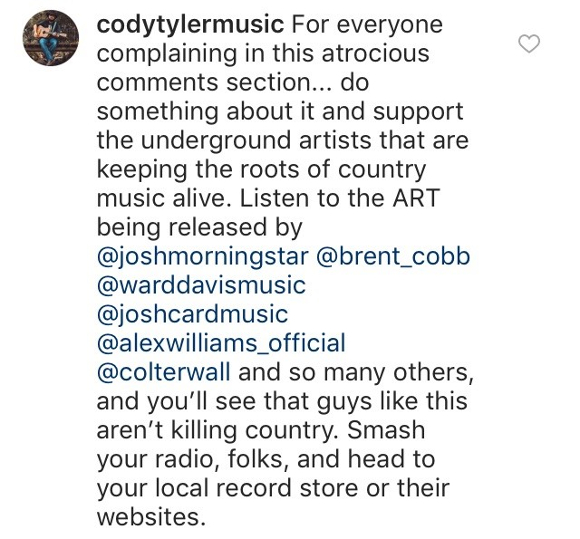