Lee Ann Womack to Release New Album “The Lonely, The Lonesome, & The Gone”

Lee Ann Womack is readying the release of her 9th studio album The Lonely, The Lonesome, and The Gone via ATO records on October 27th. It will be Womack’s first on the ATO label, and feature her husband Frank Liddell once again in the producer seat. The 14 tracks were mostly co-written by Womack, and are said to feature a mix of country, soul, gospel and blues influences. Womack says she was looking for a specific country blues vibe on this record, and so she couldn’t find the songs she wanted to use just laying around.

The Lonely, The Lonesome, and The Gone was mostly recorded at the SugarHill Studios in Houston, TX, with a studio band that included guitarists Adam Wright and Waylon Payne who regularly tour with Womack, as well as Glenn Worf on bass, Jerry Roe on drums, with additional guitar work by Ethan Ballinger. Adam Wright and Waylon Payne also helped co-write the debut single from the album, “All The Trouble” (listen below).

“I wanted to get out of Nashville, and tap the deep music and vibe of East Texas,” says Womack about the new album to NPR. “I wanted to make sure this record had a lot of soul in it, because real country music has soul. I wanted to remind people of that.”

Womack also says she wanted to keep the vibe on the record loose and live.

“These guys are reckless players. That’s what Frank wanted, and what I wanted: ‘Don’t be afraid to make a mistake, and we might leave it on there, because that’s what happened in the moment.’ That’s when you’re making music, not when you’re isolating everything, so that you can go back and fix things, go back and perfect and perfect. That’s obviously not what we were after here on this record. It was more about capturing a group of musicians who are standing right next to each other, looking in each other’s eyes, going, ‘What are you about to do? Should I lay back here? Should I step up?’ All of that energy and angst is on there, and you can hear that. At least I thought so.” 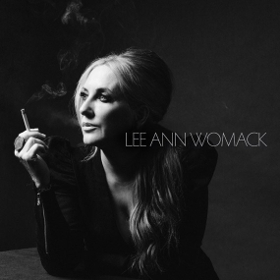