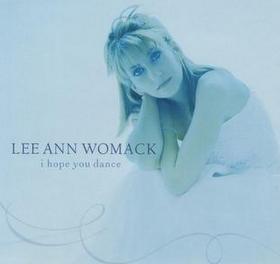 Saving Country Music was founded on the idea that a song can change a life and music can change the world. A new film and television special called I Hope You Dance, The Power and Spirit of Song takes that same idea and expounds on it using the example of Lee Ann Womack’s signature song “I Hope You Dance” released in 2000.

“I Hope You Dace” written by Mark Sanders and Tia Sillers was a #1 song in country, won the 2001 CMA and ACM awards for Song of the Year, the Grammy Award for Best Country Song and was nominated for the Grammy’s Song of the Year. But even more than that, it touched people’s lives in very specific ways, which this new film explores.

From parents grieving over the death of their only child, to a homeless shelter in Phoenix, to a woman who suffered a spinal chord injury, I Hope You Dance tells the personal stories of individuals specifically touched by the song. Also appearing on the special are musicians Vince Gill, Graham Nash, the Beach Boys’ Brian Wilson, and of course Lee Ann Womack, who made the song one of the most iconic and recognized compositions in the history of country music.

I Hope You Dance premiers on Thanksgiving night (November 26th) at 9 pm ET/PT and 8 pm CT on the Hallmark Movies & Mysteries channel, and will also be sold on DVD with a companion book beginning December 1st. The film is written and directed by John Scheinfeld (‘The U.S. vs John Lennon,’ ‘Who Is Harry Nilsson’), and produced by Spencer Proffer (‘Gods & Monsters,’ ‘It Ain’t Nothin’ But The Blues’). Meteor 17 is also currently developing a weekly television series addressing additional stories of hope, inspiration and faith that are based upon “I Hope You Dance.”