Lee Brice Is Back. And “Boy” Is Worth The Hype 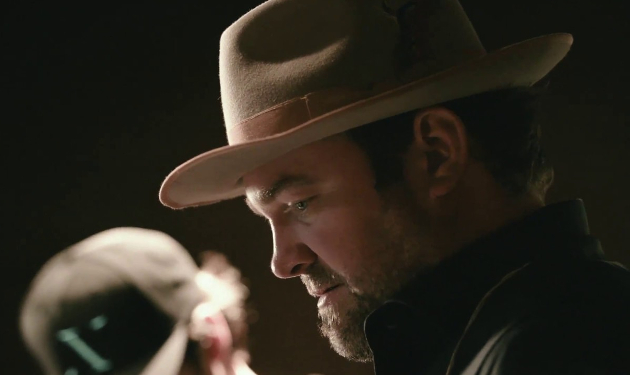 Curb Records doesn’t have much left, including a clue of what to do with some of the remaining talent that was unfortunate enough to sign to its roster such as Mo Pitney, whose career is going sideways despite his stellar attributes. But they do have Lee Brice, who has been a steady cash cow and award nomination recipient for the outfit for the last few years. As Curb’s final and only superstar, at least that gives the disorganized label a place to train its attention to keep it teetering above total implosion.

It wasn’t looking good for the career of Lee Brice when he released a duet with recent Curb signee Jerrod Niemann called “Little More Love.” Co-written by Shane McAnally and Ross Copperman with its stupid island beat and hey ho’s, it seemed like a desperate ploy to resurrect the career of Niemann at the expense of Brice. Luckily it flopped mightily enough that few noticed the ill-advised effort, and Lee was no worse for the wear.

Lee Brice has built his career not off of catchy singles, but songs that straddle the lines between emotional substance and commercial aptitude, making him a bright spot of Music Row, despite a few blemishes and his spurious label situation. He’s received six song nominations from major awards not just from the fact that Curb still has awards show capital and only one artist to spend it on, but from releasing songs that really touch nerves like his admittedly schmaltzy, but still quite strong “I Drive Your Truck.”

The stupid video for Brice’s Jerrod Niemann collaboration “A Little More Love” didn’t receive a million views in over 11 months and the song didn’t crack the Top 40 on the Hot Country Songs chart. Yet Lee’s just-released debut album single “Boy” is receiving incredible attention, with over 1.75 million views in 72 hours, and a #4 showing on YouTube’s trending register over its first weekend. This song is going to be hit, despite Curb Records, and for good reason.

Yes, the approach to “Boy” still has the schmaltzy mainstream “tug-at-your-heartstrings” sort of feel, and it hangs on one word (“boy”) to give it that catchy, radio flavor. But the songwriting is much more involved here. The way “Boy” interweaves its story, it’s not just about sons, it’s just as much about fathers. It can even hit an emotional note with mothers. It’s a song about life and the passage of time, which is not entirely new in itself, but it’s the way that it offers a new perspective on an old theme.

Compare this to a song like Zac Brown Band’s recent single “My Old Man,” which has many of the same elements and is a fine song, but it just doesn’t have the emotional register “Boy” does. Lee Brice knows his way around these types of songs as one that has seen success with them in the past, and as a behind-the-scenes songwriter on many tracks for other performers. Surprisingly, it was Nicolle Galyon and Jon Nite that wrote this one, not Brice. But he still calls it a tribute to his two young sons Takoda and Ryker, and sings it with conviction.

Beyond the nature of boys and their relationships with their fathers, “Boy” delves into a much more unexplored element to boyhood, which is the chaotic nature of the period. Boys, to a greater degree than girls, men, or women, are tasked to wrangle in emotions and impulses that nature has instilled in them to be purposely rich and overflowing. Even the most disciplined and well-behaved boys are guaranteed to make mistakes, and this is underpinned by the lyric, “…and total a car or two” that bookmarks the song. We’re all responsible for our actions, but for boys, it’s a difficult time to navigate. They’re supposed to test limits. They’re supposed to push envelopes. It’s an evolutionary construct that’s part of what keeps life pushing forward.

Lee Brice sings “Boy” from his own personal perspective as the father of two of them. A personal connection is always is good ingredient to a great song. And this song is country, for the most part. Acoustic tones and steel guitar really drive the track. Even if the drum beat that slips in and out feels a bit too modern, and the electric guitar a little too adult contemporary, “Boy” ultimately finds the right mood.

We could do without all the Chevrolet Silverado product placement in the video, though someone’s got to pay for it and we know what a cheapskate Mike Curb is. But you really have to search for things to dislike about “Boy,” when you really should just sit back and enjoy it.