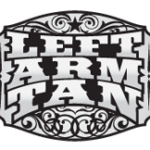 I understand my obsession with the Ft. Worth-based band Left Arm Tan is a bit of a weird one, but they just bring such tremendous heart to everything they do, and they do everything for the right reasons, endowing their music with this unique warmth that just makes you feel better about life after listening to them. This is one of the reasons I named their song “Wish” my 2010 Song of the Year. The other is the great songwriting and musicianship, and an accessibility without sacrificing substance that makes you wonder why they’re not featured in more radio station’s rotation.

Left Arm Tan released the EP Thurm a while back, and now coinciding with the release of a remastered version of the album they’ve put together a video for the song “The Ghost of Lila Pearl” shot at Ft. Worth’s Grotto Bar and directed by bass player Jeff Scroggins. Honestly, I think there’s better songs on Thurm, but watching this video it sucked me right in. I wanted to be hanging out in that bar, sharing time with those folks and listening to the music. The lighting in the video is spectacular, and along with the direction of the video, they were able to evoke the warmth of the Left Arm Tan experience without you actually being there, though at the end you feel like you were.

The alchemy of Left Arm Tan is what makes them special. They’ve created a music environment for themselves that is devoid of pressure or envy. Many bands and artists talk about doing it just for the music, but Left Arm Tan has truly perfected that zen. Their just a regular group of guys making music and who many times do it for charities like Samaritan’s Feet and the Walker Rainey Miracle Fund.

Great video from a great group of guys.