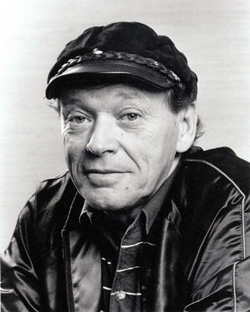 One of the most influential, prolific, diverse, and long lasting producers, songwriters, and guitar players in American music has passed away. Lincoln Wayne “Chips” Moman, the writer of Waylon Jennings’ #1 “Luckenbach, TX,” the producer for Elvis Presley’s hit “Suspicious Minds,” a seminal figure in the formation of the Stax record label and the Memphis sound, died in a hospice facility in LaGrange, Georgia on Monday, June 13th.

If it was American and Southern, it’s likely Chips Moman had a hand in the sound. Though he would go on to be known for his many contributions to country music, including writing “(Hey Won’t You Play) Another Somebody Done Somebody Wrong Song,” and producing albums from Willie Nelson, Gary Stewart, Tammy Wynette, and The Highwaymen, it all started in Memphis when Chips was 17 and hitchhiked from Georgia where he was born. Chips died in LaGrange, Georgia, and he was born in LaGrange, Georgia on June 12th, 1937. He died a day after his 79th birthday.

In Memphis, Moman fell in with the Sun Studios crowd, and won spots as a guitar player in the touring bands of artists like Gene Vincent and Johnny Burnette. After s short stint in Los Angeles where he played in studio sessions at the famed Gold Star Recording Studios, he settled back in Memphis to start Satellite Records in 1957 with Jim Stewart, implementing what he learned at Gold Star. Satellite eventually became known as Stax, and one of the most seminal record labels and genuine American sounds was born. Even today, artists do what they can to emulate the magic that came from those early Stax records.

But it wasn’t at Stax where Chips Moman’s most lasting contributions were made. Leaving the label in 1962, he started his own recording facility called American Sound Studio, where some of the most legendary songs and albums of American music were cut. In the decades that would follow, Chips and the studio would be responsible for over 120 charting singles in multiple genres, including country and soul. Wilson Picket, Dusty Springfield, and Bobby Womack were just a few of the notable American Sound Studio artists, with “Hooked on a Feeling,” “Son of a Preacher Man,” Neil Diamond’s “Sweet Caroline,” and Elvis Presley’s “In The Ghetto” and “Kentucky Rain” all being cut at the facility.

In 1972, Chips left Memphis for Atlanta first, but then eventually settled in Nashville where after writing a couple of hit country songs, his efforts began to shift from soul and R&B to country. His work with Willie Nelson, Ronnie Millsap, and Gary Stewart helped set the pace in country at the time, and helped the music open up during country’s “Outlaw” era. When country superstars Willie Nelson, Johnny Cash, Waylon Jennings, and Kris Kristofferson decided to form The Highwaymen, Chips Moman was the man behind the supergroup’s sound. He also produced Willie Nelson’s and Merle Haggard’s version of “Pancho and Lefty,” and is the reason the song has a similar ethereal vibe to the The Highwaymen’s signature song “The Highwayman.”

Chips Moman tried to return to Memphis in the mid 80’s, but after a failed venture, returned to his hometown of LaGrange, Georgia and started another studio. Moman suffered from poor health over the last decade and fell out of sight to many, but his sound can still be heard in many of the records being produced today. The Muscle Shoals/Stax – Jerry Wexler/Chips Moman sound is still very much alive in the work of producers such as Dave Cobb and John Paul White, and artists like The Alabama Shakes and Anderson East.

Chips Moman leaves behind his wife Jane, his daughter Monique, and a son Casey.