Legendary Songwriter Guy Clark is in Nursing Home, But Is “Stable” 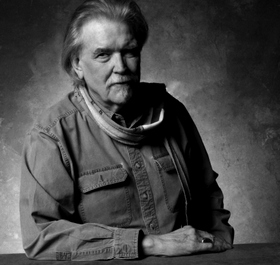 Legendary country music songwriter Guy Clark is currently in a nursing home facility, but remains in stable condition. This information was confirmed by Saving Country Music through Guy Clark biographer, documentarian, and publicist Tamara Saviano. Reports that the 74-year-old songwriter had left the nursing home to enter hospice care, and may be in the final stages of life appear to be premature.

Guy Clark has been suffering from numerous health ailments recently. In June 2015, he was hospitalized right before he was scheduled to appear at an Austin City Limits event being held in his behalf. Clark had a bad reaction to medication he was prescribed after a recent surgical procedure, and missed the ACL Hall of Fame induction. The induction ceremony continued on in Clark’s absence, and Lyle Lovett accepted the honor on Clark’s behalf.

Music fans are on edge at the moment when any news of an ailing artists is heard. The high profile passings of music stars in country music and beyond has been unprecedented in 2016.

Along with recording his own music, Clark has written songs for Johnny Cash, George Strait, Alan Jackson, Ricky Skaggs, Vince Gill, The Highwaymen, Jerry Jeff Walker, David Allan Coe, and even current stars like Brad Paisley and Kenny Chesney. Guy won the Grammy Award for Best Folk Album for My Favorite Picture Of You in 2014. Tamara Saviano has been working on a book and film on the life of Guy Clark called Without Getting Killed or Caught, which is hoped to be released to coincide with Guy Clark’s 75th birthday in November.