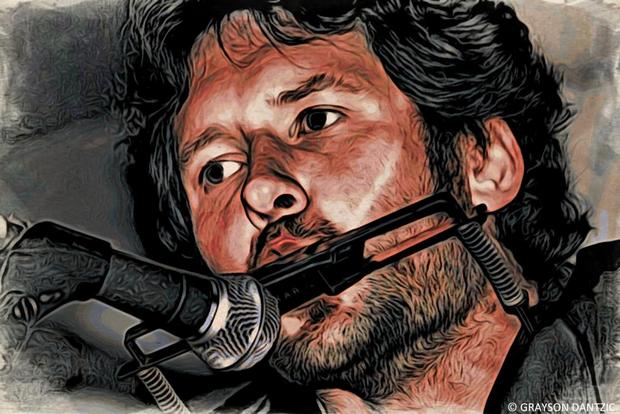 I don’t think it is a stretch to say that Leroy Virgil of Hellbound Glory, and specifically his vast collection of remarkable country songs, is one of the most overlooked and untapped resources in country music. Music Row should be pilfering his song library, and yet the man sits here without even a serious publishing deal. Leroy Virgil is country music’s best kept secret, but the cat may soon be out of the bag as none other than Kid Rock has tapped Hellbound Glory as the opener on the first two legs of his 29-date arena tour.

With Kid Rock’s place as a polarizing figure to some of the same country fans that Hellbound Glory appeals to, the association has drawn some ire. At the same time, it’s hard to not credit Kid Rock for doing something that no other major music artist or entity has done up to this point: recognize Leory’s immeasurable talent and give it a greater outlet.

As Leroy Virgil does a circuit of small town gigs in Idaho to prepare for the big tour, I talked to him about the opportunity, about the concerns of some fans about the Kid Rock affiliation and their worries the opportunity is too much too fast, and about where Leroy and Hellbound Glory go from here.

Trigger: In my review of Hellbound Glory’s last album Damaged Goods I said, “It’s time for someone to step up. It’s time for Hellbound Glory to graduate, for someone a step higher to step up and put these boys as the opener on a serious tour.” And when I said that, I didn’t have any names in my back pocket of who that would be. But Kid Rock was the guy that ended up stepping up, seeing the potential and talent and putting y’all on his tour. How did that come about? 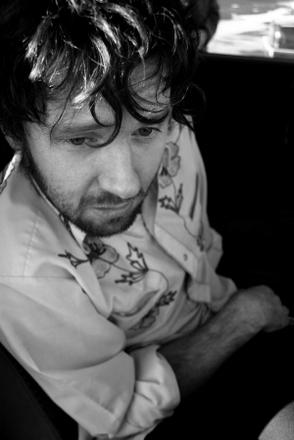 Leroy Virgil: It’s kind of a funny story. When I first became aware that Chico (former drummer) was going to leave the band, I started doing this bass drum thing. And I started by going every Wednesday and Thursday night to a bar and play there for 4 hours. Rico (slide guitar player) would go down there as well. It’s a bar called Davidson’s in Reno, where we took the picture for the back cover of Scumbag Country. It was a biker bar, and they would play a lot of Kid Rock on the juke box. Me and Rico listened to it so much we were just like, “Yeah, someday we’re gonna tour with Kid Rock.” We never really expected it to happen, and then 6 or 7 months later we get a call, and it was an offer for that cruise ship thing (Kid Rock’s Chillin’ The Most Cruise), and of course we took it. I think Kid Rock may have had access to our music through our manager. I don’t know if it was his decision, but we got the call and there was no way we could turn that down.

Trigger: So you played the Kid Rock Cruise almost a year ago. How did that evolve to this tour? I mean this is a big tour–two months. You’re playing a lot of dates here.

Leroy Virgil: It’s 29 dates over the course of two months. And it’s the first two legs. I’ve got my fingers crossed that we will be invited to the 3rd and 4th leg. When we we’re on the cruise, we got a chance to hang out with him, my wife and I, partied with him some, had a good time. We all just hit it off, so that may have something to do with how we got on this tour. 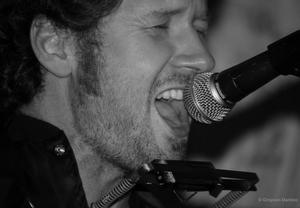 Leroy Virgil: As far as the whole expensive ticket thing, I can understand. The economy is rough. I couldn’t afford to go to the show if I wasn’t playing at it. But if they’re fans of Hellbound Glory, the shows are going to be great. I’ve got a couple of new guys, a great drummer and bass player. NASCAR Nick came back, he’s on Old Highs & New Lows. So it’s gonna be loud, and it’s gonna be rocking. We’ve got a wild set going. I think it’s going to blow some people’s minds to be honest with you. I can’t wait for people to hear it. But as far as playing smaller show, I don’t think I’ll ever get sick of playing in small, intimate places. I enjoy playing small places, and four, five hour sets of my songs and country classics, drink whiskey on stage and bullshit with the crowd. It’s really becoming a thing where I’d like to play arenas and big places whenever I want, but I definitely don’t want to lose the grass roots, underground following that we have. I hope our fans and people that know our music come up to us and we get a chance to hang out. We don’t want to be isolated. That’s not where good songs come from.

Trigger: Along those same lines, do you think this tour will change Hellbound Glory? And if so, how?

Leroy Virgil: You know, I’m a really stubborn person, and I’m not gonna change any way I don’t want to change. In fact I think over the last couple of years I’m even more hardcore than I’ve ever been. And the new material is going to show that too. If anyone has any reservations about Hellbound Glory being on the road with Kid Rock or being mainstream or whatever, I just want the music to speak for itself. Just listen to the music and if you don’t like it, alright, then you don’t like it. But don’t write anything off just because of anything we’re doing. I’m not changing. I’m still the same person I’ve always been.

Trigger: So you’ll be standing up now, and playing acoustic, or electric, or a little of both?

Leroy Virgil: Yeah I just got this little Harmony guitar that I got from a friend. It’s a 1950’s Harmony arch top acoustic electric. It’s pretty old school. So yeah, I’ll be standing up. I’m trying to get back into that whole mojo of standing up, being a little big more of a front man just because I spent the last 2 1/2 years sitting on that bass drum. It’s exciting. A whole new venture, because I think we had gotten stale. Not with the lineup, just with the setup we had. And you know, I’ll probably continue changing. Who knows what I’ll be doing next year. I’ve got to do something to keep everything fresh. Wait till you hear the new material. You may hate it, you may dig it. No matter what, it’s country. Even if I was playing heavy metal, it’s still country. It’s where I come from. The whole Nashville thing would have never worked out for me anyway. Can you imagine Hellbound Glory, I don’t know, rubbing elbows with Jason Aldean? It’s two completely different worlds. So I’m just kind of eeking out my own thing. I feel like I part of a lot of the scenes, but at the same time I’m on the outside of it too. I think I’m in a pretty good place. I couldn’t be happier than where I am right now.

Trigger: You mentioned new material. I know that you’ve done some recording on this project you’ve called ‘Merica. When can people expect new music from you, or is that in the offing?

Leroy Virgil: I’ve done some work with Shooter (Jennings) but we really haven’t had the time to get everything to where it’s really moving yet. I mean, I don’t want to scrap these songs, I’ve spent a lot of time working on them. But I’m continuing to write new ones. And now I’m kinda sick of those ones so I want to do something new.

Trigger: So you’ve got a glut of material?

Leroy Virgil: I just want to have a microphone going all the time. Record old Hank Williams songs, old Lefty Frizzell songs and just give them away.