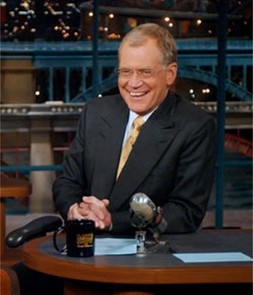 Over the last few years, David Letterman and The Late Show have become tireless supporters of many of the older country artists and up-and-comers that mainstream country so unfortunately pays little to no attention to. To giving artists like Ray Wylie Hubbard, Dale Watson, and Sturgill Simpson their first network debut, to being one of the few shows regularly willing to book Willie Nelson and other legends, Letterman has been one way for worthy artists to receive the recognition they deserve, and in many instances by the request of David Letterman himself.

“I don’t remember exactly if Dave heard Dale on Sirius XM or on “All Things Considered,” but it was one of the two, and they called us up and said, ‘We want Dale Watson on the show, and we want him to play “I Lie When I Drink.”‘ Beth Friend of Red House Records explained to Saving Country Music in June of 2013.  “It was such a surprise because you try for years to get the attention of people, and then all of a sudden you receive a phone call from them.”

Ray Wylie Hubbard tells a similar story, “My booking agent receives a phone call and this girl said she was Jennifer from Worldwide Pants, and Dave would like to know if Ray would do his show.” Hubbard explains. “She didn’t know what Worldwide Pants was so she goes, “Dave who?” And Jennifer goes, “Dave Letterman, January 9th.” And the booking agent goes, “Well let me make sure he’s not playing a happy hour gig in Waco, those things are hard to re-schedule.”

When David Letterman announced his retirement, it meant not just the loss of the folksy humorist on television, but potentially less television opportunities for country and roots artists in the future. However it also meant a big opportunity to be showcase on one of his final shows.

On Monday (4-13), many of the performers for Letterman’s final shows were announced, and the majority of the lineup is made up of country and roots greats, including Asleep at the Wheel performing Monday night. Joining Dave on his final run will be:

A few select special guests have yet to be announced for some of the very final shows. Might we see Willie Nelson, or late night favorite Elizabeth Cook? April 13th begins Letterman’s final month of shows, with only 28 episodes remaining.