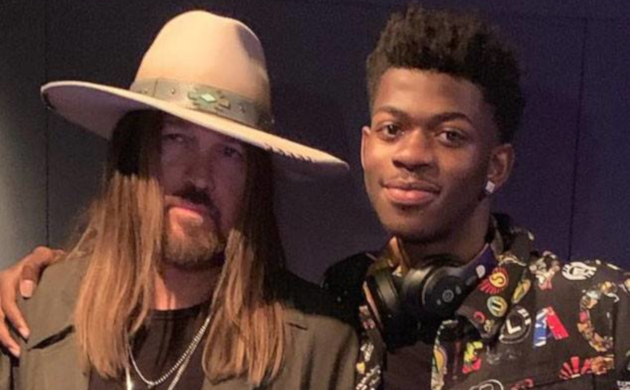 Out of all the mischaracertizations, malfeasance, hidden agendas, outright lies, and sheer ignorance behind Lil Nas X’s viral hit “Old Town Road” and its disputed place in the country genre, perhaps the most idiotic and out-of-touch development of them all has been this ludicrous notion that Billy Ray Cyrus is in any way relevant to country music in 2019.

Yes, Mr. Achy Break Heart—who hasn’t charted in the Top 50 in country music in over 10 years—has just teamed up with Lil Nas X on a remix of “Old Town Road” in hopes that anyone, for the love of God, will give him attention. And beyond the track being as terrible as you can imagine, Billy Ray Cyrus’s involvement probably doesn’t matter in the grand scheme of things, aside from media looking at this as bountiful click-bait with plenty of politically-motivated threads to intertwine.

Just how irrelevant is Billy Ray Cyrus? His 2016 record, Thin Line, sold a grand total of 700 copies upon its release, and debuted at #49 on the Billboard Country Albums chart. To put that into context, John Prine’s latest record debuted with 53,000 copies sold, and Jason Isbell’s with 51,000. Billy Ray’s 2017 album, Set The Record Straight, sold so few copies, it fell below the threshold to even be reported for sales at all, even with streaming equivalents. The 1.55 million Twitter followers of Billy Ray Cyrus didn’t give a damn enough about the record to even collectively purchase a sum total of 300 copies so we would know how many copies got sold. There are college students in coffee shops peddling acoustic records with better sales than Billy Ray Cyrus.

But there is a very important footnote about this Lil Nas X/Billy Ray Cyrus remix that plays very deeply into the discussion of how Billboard selects certain artists and songs for placement on its respective genre charts.

The crux of the argument of why it was racist for Billboard to remove Lil Nas X from the country charts is based around the idea that no other artist has been removed from the country charts before, including artists from outside the genre or with similar hip-hop styled beats behind their songs. Nor has anyone ever called for such an action, or at least this is the claim being made by the majority of media. Then when an artist was removed, it happened to be a black man, which is how you get to the claims of racism.

But like virtually every other element of this story, these media-born assertions are patently untrue, and are the result of sheer ignorance with the history of country music, and with the current events in the genre.

First, there is another instance of an artist being excluded from Billboard’s country charts. In 2016 Green River Ordinance was refused inclusion on the Billboard Country Albums chart, even though they were much more country than many of the chart’s current entries, and had filled out their genre metadata to be considered country, just like Lil Nas X did. So it was not an African American artist who was first refused to be included on Billboard’s country charts, it was a string band full of white guys from Texas.

Also, even though it was never removed, Bebe Rexha’s song “Meant To Be” was strongly opposed for the Billboard Hot Country Songs chart by many in country music since it wasn’t from a country artist, and didn’t sound country. Nonetheless, it sat for a record 50 weeks at #1 on the Billboard Hot Country Songs chart without Billboard taking action. Saving Country Music alone posted multiple articles opposing the inclusion of “Meant To Be” on the country charts. Here’s nine of these articles dedicated specifically to the subject:

So saying that nobody had a problem with any song being placed on the Billboard Hot Country Songs chart until Lil Nas X came along is just untrue. But what does any of this have to do with Billy Ray Cyrus releasing a remix of “Old Town Road” with Lil Nas X? It actually has a lot to do with it.

Back in February of 2014, Billy Ray Cyrus released a remix of his infamous country music hit “Achy Breaky Heart” called “Achy Breaky Heart 2” in collaboration with a rapper named Buck 22. Similar to “Old Town Road,” popularity for the track was born not on consumption or radio play, but as an internet meme. Similar to Rebecca Black’s “Friday” and other notorious viral songs, “Achy Breaky 2” shot up the charts because people were hate listening the track and lampooning it. This resulted in the song debuting at #11 on Billboard’s Hot Rap Songs chart, and #16 on the Streaming Songs chart. And hip-hop fans and the media covering the genre were livid.

Sean Fennessey writing for Grantland said “Achy Breaky 2” was symptomatic of rap being pulled down by influences from outside the genre. Does this sound familiar at all, country music fans?

“Achy Breaky 2” featuring Billy Ray Cyrus had hip-hop in the throes of the same existential concerns that country music is currently in, just not as pronounced due to the lack of charges of racism. Nonetheless, it illustrates how the concerns about Lil Nas X’s inclusion on the country charts is not specifically a country problem. In fact similar discussions commonly swirl when pop songs get included on Billboard’s Hot Rap Songs chart, pushing artists who more purely represent the genre down a notch. Songs by Iggy Azalea and others have been harshly criticized for being considered rap as opposed to pop by Billboard.

The other universal element is how these songs come to prominence. With “Achy Breaky 2,” its popularity was based off of people listening to laugh at it. With Lil Nas X’s “Old Town Road,” it’s popularity is based off of 30 second videos made on the smartphone app Tik-Tok. The truth is that it’s fair to ask if either of these songs and others like them should be considered for genre charts at all. Billboard does have indexes to deal with viral songs, and streaming trends. And the purpose of the pop charts is to cover the music that is “popular,” and may not fit specifically into any genre category perfectly.

The next question everyone has is if this Billy Ray Cyrus remix will have Billboard reconsidering their stance with “Old Town Road” being eligible for the Hot Country Songs chart. This remains to be seen, but if they reverse course on their genre distinction, the remix will only be a cover, with any switch being more about alleviating pressure from the public about the song’s removal.

Country charts are for country artists, and hip-hop charts are for hip-hop artists. And whether it’s Billy Ray Cyrus charting in hip-hop, or Lil Nas X charting in country, it adversely affects the intention of these charts to highlight songs from artists dedicated to these musical art forms releasing subsnative, meaningful efforts. Let the pop charts handle popular songs that defy description or genre. That’s what they’re there for.

As the media continues to make this Lil Nas X story white vs. black, and hip-hop vs. country to divide people for clicks, fans from both sides see the value in highlighting the best from specific genres on the respective genre charts as opposed diluting them with genre-blending pop songs and viral memes that barely qualify as music in the first place. Music fans across genre lines stand as brothers and sisters in arms against the gross homogenization of popular culture brought on by pop songs and viral media, and the idiocy disguised as evolution and diversity that would make every popular American song sound exactly the same.