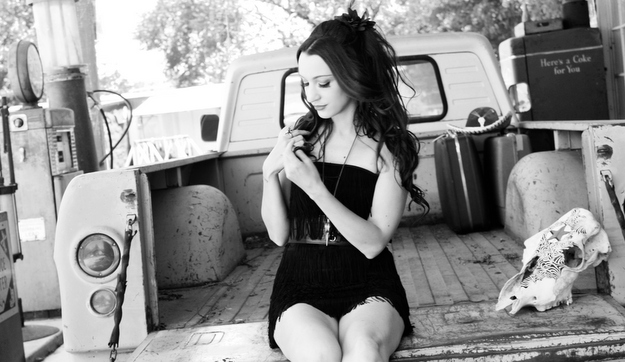 “If there is one thing I can respect more than anything, it’s individuality in music. And I think back in the early era of country music that was so apparent. Like you could really tell your Johnny Cash from your Waylons from your Merles. They all had a distinct thing happening. And they were all really great at what they did. It was really important for me to etch out my own thing as a student of that.”  — Lindi Ortega

Exquisitely antiqued and strikingly original, old school country singer and native Canadian Lindi Ortega is the northern emissary for country music’s current female revolution. A class act all around that is regarded just as highly for her self-penned songs as her heavenly (or devilish) voice, Lindi is a creative maelstrom that sends the room spinning from her ability to expose the most blinding beauty from life’s inherent darkness.

Now living in Nashville, and benefiting from some song placements in the new ABC drama series named after her new home, Lindi is starting to pack venues across the country, leaving a trail of broken hearts and positive buzz. After a rousing show at Austin’s most legendary listening room The Cactus Cafe on Monday (7-1), the gracious and arresting songwriter was kind enough to sit down and explain the inspiration behind her music.

Trigger: There’s sort of two burgeoning movements in country music right now, and you’re part of both of them. Last year and this year we keep getting great albums from Canadians. How is it being a Canadian playing country music, as a perspective? 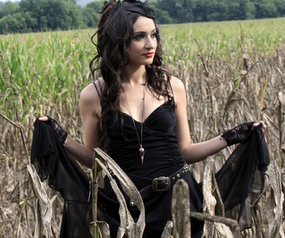 Lindi Ortega: I never really think about that when I do what I do. I just know what I listen to and what I’m inspired by. I don’t think about the fact that I wasn’t born in the southern United States and raised on a farm. I feel like maybe in a past life I might have been. That’s why it speaks to me. My mom was really into country music when I was growing up. She sort of planted the seed in my mind; a seed that grew into a great love and appreciation for especially old school country; you know Johnny Cash and Loretta Lynn, Waylon and all of them. So I don’t really think about the fact that I’m from Canada when I’m writing songs, or paying tribute or homage to that music. I just happen to be.

Trigger: You’re also part of this revolution of young, beautiful, talented women that are giving country a shot of substance and showing respect to the music’s roots. There’s a lot of people talking about 2013 as the “Year of the Woman” in country music. Names like Caitlin Rose and Kacey Musgraves are brought up, and so is Lindi Ortega as an example. Why do you think the women are outpacing the men right now as far as substance in country music?

Lindi Ortega: I don’t know, but I’m glad that it’s happening. It’s so great because when I started doing country-inspired music in Toronto, I didn’t know anybody who was doing it. I didn’t even hear it around me. Then the more I was doing it, the more I would hear about it. And then of course I moved to Nashville and it’s all around me. It’s so great that people are appreciating the old school way. It’s nice to know that that art of live off-the-floor recordings, and not a shitload of Auto-tune and fancy stuff is going on. I’m glad that’s not a dying art. And I’m glad that females are doing it.

Trigger: So back in Toronto, you’re playing music and you had the nickname “Indie Lindi.”

Lindi Ortega: I still do!

Trigger: So you’re playing this music, and you weren’t in a scene in Toronto of rootsy musicians?

Lindi Ortega: Yeah I was a little bit autonomous. I was kind of anti-social to a fault I guess. I just stayed in my room and wrote songs. I wasn’t really part of any scene. There was a scene. When I was doing music there was much more of an indie rock scene. Now it’s a bit different, there’s a little more variety there. But there’s wasn’t a whole lot of alt-country back then. Now it’s everywhere.

Trigger: Is that what you consider yourself? Because you said “country-inspired” before and you’re saying “alt-country” now. 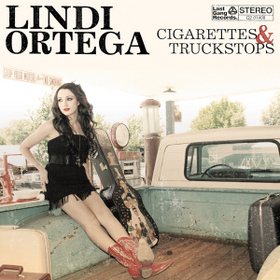 Lindi Ortega: Well there’s so many labels for it and I don’t know I guess. Some people don’t think I’m country at all. And I guess if you’re listening to the radio, I don’t sound country. I like to say I’m very much inspired by old-school country. And what kind of country that is in this day and age in the modern era, I don’t know. Hey, you can call it whatever you want. As long as people are listening to it is all that’s important to me.

Trigger: Did Cigarettes and Truckstops feel like your breakout album?

Lindi Ortega: In a way, yeah. I feel like there were a lot of things that led to having successful shows. One would be the Social Distortion tour that I did; the crazy pairing with me and Social D and I did two tours with them and it exposed me to a wide audience. Amazingly they were very accepting of me and the music I’ve done. And of course the Nashville TV show, and having a few song placements on there helped.

Trigger: Have you physically seen a bump from the Nashville TV exposure?

Lindi Ortega: Yeah. People tell me at shows, “I heard your song on Nashville and I checked you out.” I think it’s amazing that it was able to resonate that way. It actually led to people coming out to shows which is great. 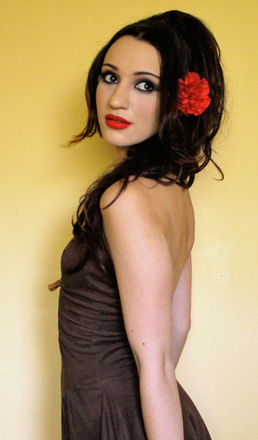 Trigger: Attractive women are not supposed to be as talented as you are. Usually if someone is strong in one suit, they’re not strong in another. You just don’t see a lot of beautiful women that are creative dynamos. (READ if this part of the question offends you.) Where does your motivation to make music that may not appeal to everyone come from?

Lindi Ortega: You’re too kind to me. I spent my whole day going, “I’m getting old!” But my motivation comes from my influences, and people that have stuck to their guns. I read a lot of biographies. If there is one thing I can respect more than anything, it’s individuality in music. And I think back in the early era of country music that was so apparent. Like you could really tell your Johnny Cash from your Waylons from your Merles. They all had a distinct thing happening. And they were all really great at what they did. It was really important for me to etch out my own thing as a student of that.

I don’t care about money. I honestly don’t. I don’t give a shit. I could stay at a shitty motel, I think it’s more fun. And I like riding in little vans and I love doing it that way. I think there’s a story in that, and I write songs that are stories and that tell stories. My influences inspire me to have integrity and to do what I love and be passionate about it. I don’t care about making millions or any of that. Of course if it happens, like everyone says it’s icing on the cake. But I’m happy doing what I do. I love what I do, and this is a beautiful existence for me. I get to tour. I get to go to different cities and see the world. I can’t imagine a better existence than this.

Trigger: Are you a road dog?

Lindi Ortega: I love it. I get antsy when I’m not on the road. I start to miss it and I can’t wait to get back out. It gets to a point where hotel rooms feel more like home.

Trigger: How do birds inspire your music and image?

Lindi Ortega: Yeah, I’m a bird lover. And recently I guess ravens have been my thing. But I love all birds. I have a tattoo that says, “Bird On A Wire.” It’s a Leonard Cohen song. The image of a bird on a wire and that whole song just speaks to me. Something about flying in the sky and that type of free existence resonates with me. I always think my style’s a little bit of Frida Kahlo meets Wonder Woman meets Johnny Cash. The Johnny Cash thing is of course the black thing. I always think of that movie and the line and the manager saying to him, “Johnny, why are you wearing black? You look like you’re going to a funeral.” And he’d say, “Well maybe I am.” And I was like, “Oh, that’s brilliant! I want to go to that funeral too!” I’m half Mexican, so that whole Dia de los Muertos thing, and dying and death and the whole fleeting of our existence is always running through my mind. And I don’t always think of it in a morbid way. I guess I think of it in the more Mexican way, the colorful aspect.

Trigger: You mentioned Frida Kahlo and I saw a picture of your guitar case and Frida Kahlo is all over it. How did she influence your music?

Lindi Ortega: Well I saw the movie a long time ago. That was the first thing that inspired me because she was such a character. And then I learned more about her life and read biographies about her. And I thought in the midst of all her emotional pain she was so full of life, and it was so interesting to me. And her art was so incredible. Her self-portraits I found most fascinating because the expression on her face I felt was very familiar to one I’ve seen in the mirror a couple of times; moments of loneliness and it spoke to me. I love her. I think she’s an incredible artist and a strong woman, an inspiration and I’m slightly obsessed, and I have a song about her on my next record.

Trigger: Speaking of that, is there any hints of new stuff that you can tell us? Do you have a new album coming out?

Lindi Ortega: I do. I have a new one coming out hopefully in the fall. I’m really excited about it. Dave Cobb was the producer. He did Secret Sisters and Jason Isbell. We had a blast, it was a lot of fun. Everyone that played on it was awesome.