Lindi Ortega Leaves Nashville Behind, But Not Country Ahead of New EP 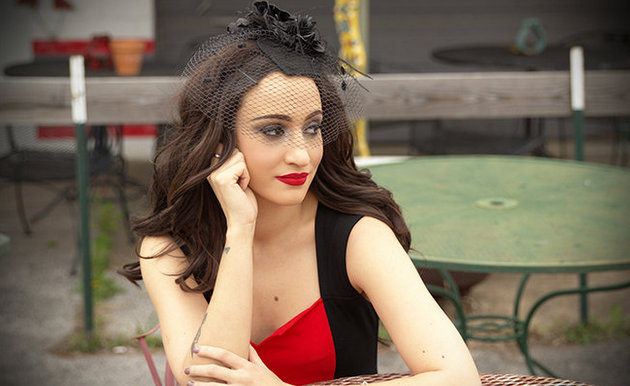 The struggle facing the women of country music is not just a hypothetical. Artists worthy of a large audience are regularly having to make life and death decisions about their musical careers because the level of support necessary to make a living and pursue their creative endeavors is just not sustainable.

Lindi Ortega has received an incredible amount of acclaim over her career for her smoky voice and heartfelt songs, in media in the United States and worldwide, and in the form of Canadian Country Music Awards in her home country. Her last record Faded Gloryville showcased collaborations with two of country music’s hottest producers—Dave Cobb and John Paul White. But it hasn’t been enough so far to take her past the apartment-level, hand-to-mouth existence many Americana artists experience despite the feeling of fame some fans bestow to them.

Ortega recently decided that her five-year stint in Nashville was no longer worth the struggle. She moved back to Canada, and almost decided to leave country music behind as well. But out of her struggles, parting ways with her label, and looking for a way forward she has recorded a four-song EP called Til The Goin’ Gets Gone to be released on March 17th.

“I thought I was done. Having done music since I was 16, it got to the point I couldn’t pay the rent,” Lindi explains. “When you make a carton of eggs last a week, it’s time for a realization that maybe I’m done. I left my former label, management, and just sat. I wasn’t commercial. I’m not making money. But over a bottle of wine I sat at the piano and decided I’d write one more song. That’s where the song ‘Final Bow’ came from. I never thought it would see the light of day. But I woke up and realized there is something here.”

Lindi thought “Final Bow” might be her final song, but it ended up being the first for the new EP. The album also includes “What A Girls Gotta Do” and a cover of Townes Van Zandt’s “Waiting ‘Round To Die” along with the title track.

“I went into this project with the freedom to pretty much do what we want and if nothing else it motivated me to do something special,” Lindi explains. “We recorded this in an old mansion and there was a vocal booth. We set up mics in different formations but just didn’t like it. So we went out for tacos. When we got back, still nothing. We had to use the restroom. Started singing in there and loved the acoustics. So we set up mics in there and yep I sat on the toilet and did all the vocals there. I just loved the natural reverb and the fact that nobody said we couldn’t do it that way. If there is one, wait, many things I loved about this project was the fact we made the music the way we wanted too.”

You can hear the title track to Til The Goin’ Gets Gone below.

Lindi Ortega, Til The Goin' Gets Gone, Townes Van Zandt