with dollar signs in its eyes. “Give me your tired, your poor,

Your huddled masses yearning to sing through Auto-tuners

The wretched refuse of your teenage shows

Send these, the talent-less, tempest-tost to me,

I lift my mic up beside the golden road to token CMA Awards,

Yes ladies and gentlemen, what really is popular country music to some except a repository for washed-up stars that tried their hands elsewhere and either failed initially or ultimately, but still feel their owed a societal debt to be thrust back into the spotlight despite their lack of talent and true country roots, simply because they were once famous for something, or in this case, their sister was. 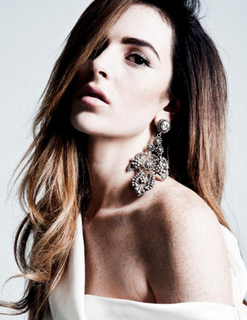 That’s right, Ali Lohan, sister of Lindsey Lohan, most famous for shedding alligator tears as her poor dear sister is hauled off to rehab once again wants to launch a country music career. And don’t think she’s kidding around either. No! She’s serious about this people. Supposedly Ali has hired a vocal coach (because she can’t sing), has been writing songs (Row Row Row Your Boat), and is even “trying to learn a few instruments,” whatever the hell that means.

Apparently these exquisitely detailed plans and a famous last name are good enough to land you a $120,000 recording contract in Nashville, and that is exactly what Ali has suckered some unidentified Music Row outfit into giving her to make an album. A unnamed spokesperson for the younger Lohan says, “Ali wants to be taken seriously and is ready to put everything she has into this record.” Oh well bless her heart.

I know what you’re thinking here. “But Trig! What if Ali Lohan is actually good!?! Remember when you bad-mouthed Jamie Lynn Spears and then she released ‘How Could I Want More’ and it was actually good?” Yeah well, of course we should wait to hear the finished product before we start to flame throw the entire thing unceremoniously, but the rhetoric surrounding this Ali Lohan business is not nearly as promising as it was for Spears. Besides Ali’s camp virtually broadcasting that she’s coming to the table with very few true country music skills aside from releasing a couple of bargain bin Christmas albums a while back, we’re being told, “Ali wants her new sound to be Miley Cyrus meets Lana Del Rey.”

Yep, we’ve read this script before, and it resulted in Jessica Simpson being relegated to doing Weight Watchers commercials. But country music has descended so far since then, who knows. Ali Lohan could become a superstar, or school the current list of top country contenders who lets face it, don’t give up much to Ali when it comes to skill sets.

So we’ll see. The thing about the country music careers of these pre-defined celebrities is they have to be blockbusters right out the door, or they’re deemed very quickly to not be worth it. Ali ain’t gonna be up for busking outside of passenger vans or playing the club circuit. Either this thing blows up, or she’s hitting up Playboy for a spread like big sis. And it can’t help that her stage mom Dina Lohan who was one of the primary culprits driving Lindsey Lohan to self-destruction is said to be managing Ali’s country music career as well.

Good gosh. Why can’t we get some of these Tea Party fire breathers to stand at the gates of country music like they do the southern border and scare these undocumented country music “performers” towards the celebrity boxing circuit?

Sorry Ali, I’ll give anyone’s music a chance no matter what their background, and I’ll do the same for yours. But excuse me if I’m about as excited about this idea as a trip to the proctologist.