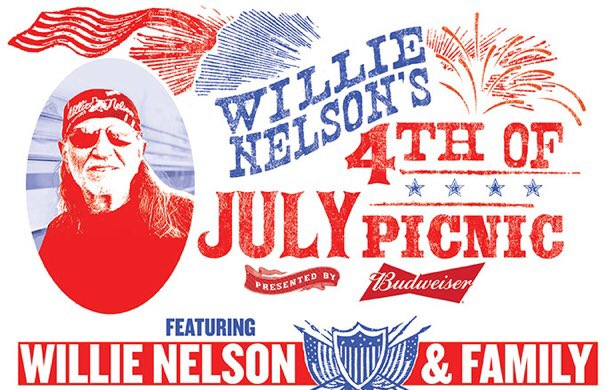 A traditional like few others will transpire once again this summer when Willie Nelson celebrates the 4th of July by gathering together friends and family for his annual 4th of July Picnic. For the third year in a row, the event will be held at the Circuit of the Americas speedway just south of Austin, TX, and will include many long-standing invitees and Nelson family members in the lineup, as well as other special guests.

Included in this years lineup are country traditionalist Jamey Johnson, Texas music mainstays the Turnpike Troubadours, songwriters Hayes Carll and Steve Earle, upsurging traditionalist Margo Price, along with the usual cast of music legends such as Johnny Bush, Ray Wylie Hubbard, Billy Joe Shaver, David Allan Coe, Asleep at the Wheel, and others. This year’s picnic is squeezed in between installments of the Outlaw Music Fest, which sees some of the same names joining the lineup, including Sheryl Crow. The Raelyn Nelson Band, Folk Uke, and Lukas Nelson are some of the Willie-related acts that also made the lineup. 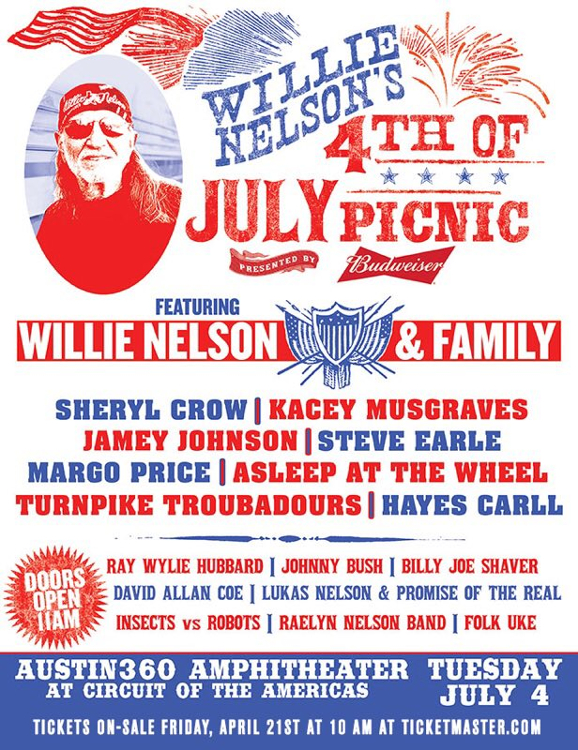