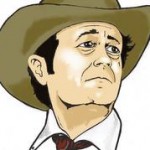 A few years ago, the only thing really lacking from the independent/underground country and roots world was true festival infrastructure. Now with The Muddy Roots Festival heading into it’s 3rd year, Farmageddon Fest getting up and running this summer, things are looking up. And 2012 will be the first year that underground roots will be fully represented at one the largest and most-important gatherings of the music tribes in all of the world: Austin, TX’s Annual South by Southwest (SXSW) event in mid March.

Saving Country Music, along with Muddy Roots and Cracker Swamp have teamed up with Hillgrass Bluebilly‘s 5th Annual XSXSW showcase to create a two day, three stage event for the edification of the underground roots fan, and to help represent the independent roots community to the rest of the independent music world.

And unlike most of the rest of SXSW, there will be no need for armbands or badges that cost in the hundreds of dollars to gain access to the music, and the event is being held outside of the madness Austin’s downtown corridor becomes during the event, at The Austin Moose lodge just east of downtown. XSXSW 5 will give fans a chance to be a part of SXSW, without all the trappings that usually keep many locals and out-of-towners away. And this year’s event will also be extra special, as it will serve as a pre-release party for Texas legend James Hand‘s upcoming album.

Artists and fans from all over the country are coming to this event. Admission to see all of these great bands will be a measly $10, so get out to Texas and pony up! But in the event you cannot make it, portions of it will be broadcast right here on Saving Country Music, through SCM LIVE.

Many more details will be coming soon, so stay tuned to Saving Country Music. 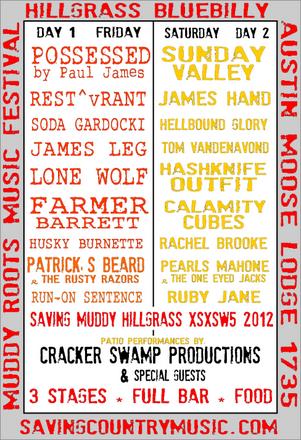 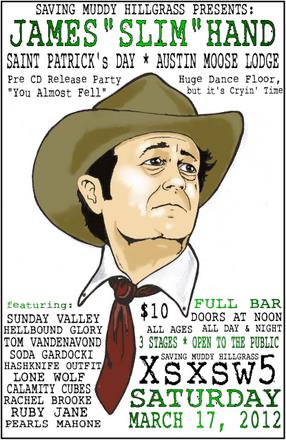