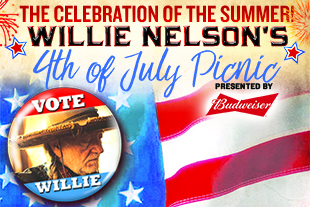 The lineup for the 2016 installment of one of the longest-running country music institutions has finally been released. Going strong since 1972 when the tradition started with the Willie Nelson-helmed Dripping Springs Reunion just outside of Austin, the 4th of July Picnics have been a yearly mainstay for country fans in Texas and beyond.

This year the event will be held for the second year in a row at the Austin 360 Amphitheater on the grounds of the Circuit of the America’s Formula 1 raceway just outside of Austin, and will feature an impressive list of talent, from Picnic mainstays like Johnny Bush, Ray Wylie Hubbard, and David Allan Coe, to newcomers such as Margo Price and Shakey Graves.

The event has also included a few mainstream wild cards over the years, and while last year featured the palatable Eric Church and Kacey Musgraves, this year Brantley Gilbert somehow muscles his way onto the top of the lineup. Aside from that, the lineup is quite strong, though nothing may top 2015’s lineup when promoters C3 Presents were able to wrangle Sturgill Simpson, Jason Isbell, and Chris Stapleton all on the same stage.

Billy Bob’s Texas in Ft. Worth, where the 4th of July Picnic was held for many years, has also scaled back slightly this year, only offering one evening with four bands instead of a two-day shindig like last year. The Turnpike Troubadours are headlining the Billy Bob’s event, and it will be held on July 2nd.

Presale for tickets starts May 19th. All tickets go on sale at 10 a.m. on May 20 via Ticketbastard. Tickets are $85 for reserved seats in the Amphitheater, $65 for the general admission and standing-room pit, and $39.50 and up for general-admission lawn seating. VIP packages are also available for  $300-$500. 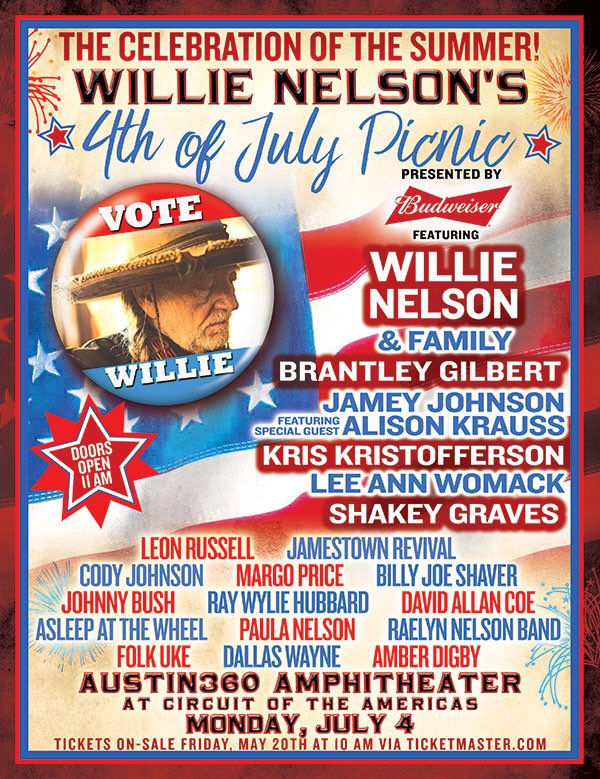