Listening to Luke Bryan is NOT “What Makes You Country” 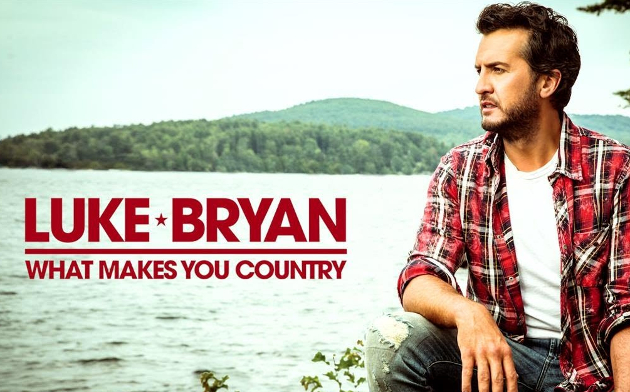 Luke Bryan is the Ronald McDonald of country music. Millions and millions served, even if the fare is nothing more than palatable. So many paychecks and livelihoods beyond Bryan’s own inner circle depend on him taking center stage and shaking his ass for the amusement of millions each year that it is mandated his music delivers in a very well-ordered and predictable manner so that the superstructure of this whole mainstream country music facade is not rocked, lest it topple over and expose everything as the mother of all cultural ruses exploiting the Southern identity.

Luke Bryan releases singles for his franchise and his label, disregarding whatever desires he may have personally, or the little voices inside his head telling him what dreck he’s perpetrating on amiable and easily-influenced mainstream fans. Luke Bryan plays shows for the throngs, obsequiously delivering whatever they wish to hear in concert without an ounce of attempt to lead them to music or messages that may uplift or fulfill, as opposed to simply entertain.

Commercially, Luke Bryan’s albums have their purpose. They’re the bullpen for singles, and a merchandise play for live events. But as Luke Bryan and most of the top mainstream stars have done throughout their careers, they pepper their album releases with a bit more substance than you probably would expect, not just to make sure that they leave a legacy behind them that isn’t just indolent re-fried hip-hop beats with overdubbed banjo riffs strewn across popularity charts like discarded fast food wrappers littering an abandoned lot, but to also insulate these artist from the whims of trends that may help launch acts such as Florida Georgia Line or Sam Hunt into the stratosphere, but are severely questionable for sustaining such heights beyond a half decade. Because after all, when it comes an artist on the level of Luke Bryan, there’s a franchise to maintain.

Undoubtedly, Luke Bryan delivers on the promise to find some of the most terrible compositions out there for the taking on Music Row, and do them one worse by ravaging them with weak, electronic-based production autofiltered through the cloud of poor imagination. “Light It Up”—the lead single from his new album—was so bad and so vapid and slavish to the cellphone culture stultifying the unwashed masses of today, it even struggled to make its way up the charts that usually roll out the red carpet for a Luke Bryan song. Only by manipulations that mirror the type of acrobatics conjured in the studio to make something out of nothing was “Light It Up” willed to the top of radio, and of course, right on time to coincide with the album release.

What Makes You Country also includes other terrible examples of modern music, such as the age inappropriate “Out of Nowhere Girl” and “She’s A Hot One” where the 40-something Luke still holds onto his Spring Break past, or the melanoma-inducing “Sunrise, Sunburn, Sunset,” which struggles to even make sense lyrically, as does “Hungover in a Hotel Room” which attempts to make a happy memory out of a nauseating headache, or “Like You Say You Do,” which is just bad songwriting all the way around trying to be smart. During much of What Makes You Country, Luke answers the question of the title with “not much,” since electronic drums and synth create the soundscape for what are many times mediocre songwriting efforts even by Luke Bryan standards.

Yet Luke knows how to separate himself from the crowd of fly by nights like Chase Rice, Walker Hayes, and Chris Lane. That’s why he’s Luke. They could never pull off recording a song like “Most People Are Good.” Their shallow constituents (even by mainstream standards) would never stand for the type of fuddy-duddy message in this song. It even has the gall to assert, “I believe you love who you love ain’t nothing you should ever be ashamed of.” The songs “Drinkin’ Again” and “Hooked On It” are pretty indolent, but it’s difficult not to qualify them as “country” compared to most of today’s “country” songs. “Land of a Million Songs” might be a little too germane to the life of songwriters to find wide appeal, but is not terrible. And if it wasn’t for the electronic drums of the album’s final track “Win Life,” it wouldn’t be a half bad listen.

But it’s still Luke Bryan, and What Makes You Country feels much more like a work to reinforce the lifestyle mainstream country and its corporate sponsors want to cultivate to keep the fans indoctrinated and the machine flush with cash as opposed to a personal expression from Luke himself, or in any way a valid answer to the question the title poses.

In past eras, it was the performing artists who were willing to push boundaries and take chances who were crowned the best of a given time period. But now it’s those most willing to shut up, listen, and do what they’re told, with the only reward being a handsome payday. This may be what makes Luke Bryan, but that’s not what makes you country.