LiveNation Puts Long-Running “Jamboree In The Hills” Festival on Hiatus 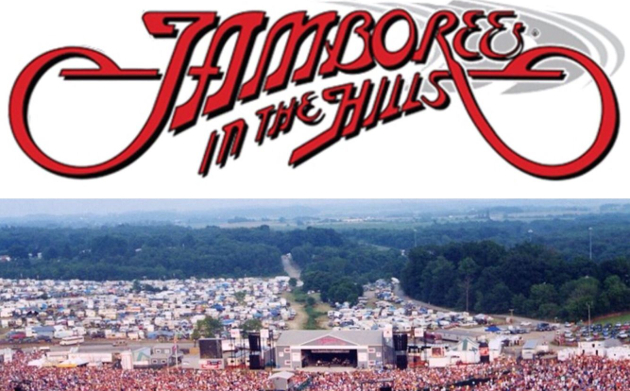 The future of one of country music’s longest-running, biggest, and most beloved festivals has once again been put into question by its current owners, LiveNation. The 41-year-old Jamboree in the Hills located in Morristown, Ohio has been put on hiatus by the company, sending many annual attendees into panic and shock, worried one of their region’s most important country music institutions might be going away.

“Jamboree in the Hills will be on hiatus for 2019 while we consider options regarding the future of the Belmont Country, OH festival site,” the organizers announced Wednesday (11-7) morning. “We will provide an update when more details are available. We are grateful for the community support since the festival’s inception.”

The news comes at a time of transition for the festival. Founder of the festival, Virginia Alderman, passed away at the age of 91 on July 27th, 2018. Alderman was involved with the festival all the way up to her death. The festival was held at the nearby Brush Run Park for its first 22 years after first being organized by Alderman, featuring Johnny Cash as the event’s first headliner. It’s been held in its current location ever since. But according to LiveNation, they’re exploring options to move the event that predates many of country music’s current megafestivals.

Known affectionately by attendees as the “Super Bowl of Country Music,” the 4-day mid July festival has been a mainstay to local and regional country fans and the local economy since 1977, and attracts nearly 100,000 attendees annually. Unlike many new festivals, Jamboree in the Hills has its own set of traditions, including the “Redneck Run” where fans run through the gates to get the best seats in the field every morning, camp out on site, and the festival even has its own theme song. Festival attendees say it’s not just about the music, but about the camaraderie in the campground, and many of the traditions the regular attendees uphold. Many families and music fans make attention the festival an annual tradition.

Live Nation has owned Jamboree in the Hills since 2005 when it was part of the deal when Live Nation split from Clear Channel. In 2015 they decided to implement massive changes, including not allowing campers to be able to bring their own coolers, food, or beverages on site. Organizers also attempted to change the name of the famed “Redneck Run” to the “Morning Run,” while other similar changes that have long-time Jamboree in the Hills attendees revolting en masse. After public pressure, LiveNation reverted back to the old rules, with some revisions.

Over the last few years, Jamboree in the Hills has also received more criticism over the direction of their lineups. What started out to be a mixture of traditional and contemporary country acts has leaned more towards the mainstream in recent years.

“There are 3 day country festivals all over the state and country. Jamboree in the Hills is only one of them,” attendee Lori Robb responded to the announcement. “Probably the longest running but the truth is they can imitate but will never duplicate. Fear not friends they can close it down and we may have to start over but I assure you we WILL start over. They can take her name they can change her location but they can never steal her spirit. They cannot control us or stop us from resurrecting her because. WE ARE JAMBOREE IN THE HILLS!”

Similar to after the 2015 rules revisions, there has been chatter about organizing a rival festival, or a replacement festival, but nothing has been finalized.

Jamboree in the Hills