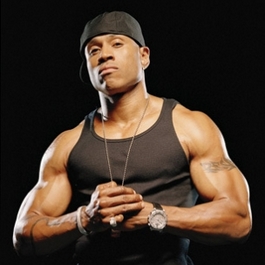 Don’t call it a comeback! LL Cool J’s been here for … well …. he’s never really been here in country music whatsoever, except for that ill-advised pairing with Brad Paisley in “Accidental Racist” that captured the American zeitgeist for about 48 hours—catching hell from Saturday Night Live and Stephen Colbert in parodies—before being summarily forgotten and heavily suppressed in the public consciousness like the jarring memory of a childhood tragedy. But he’s back now! … to host this year’s ACM special slated to pander to country music demographics to promote CBS’s Fall lineup …. I mean salute America’s military.

LL Cool J, along with CBS’s NCIS: Los Angeles co-star Chris O’Donnell, are scheduled to host the April 7th “ACM Presents: An All-Star Salute to the Troops” that will be taped the day after the ACM Awards, and be aired on May 20th. Luke Bryan, Tim McGraw, Keith Urban, George Strait, Merle Haggard, Carrie Underwood and Lady Antebellum are all scheduled to perform.

The rapper turned actor has also been the host of the Grammy Awards in previous years, and has done a fine job in his emcee duties. But the question is, was there not a country music personality that would be better suited for this special? With all the talk swirling around the ACM Awards and their desire to showcase as much talent as possible for the labels backing their enterprise, why not show off the comedy stylings of some country star that could use a lift out of the shadows, or at least that would be better suited for the event? Is Bubba in Birmingham really going to become an NCIS: Los Angeles lifer just because he saw LL Cool J introduce Tim McGraw before he performs some schlocky tribute? Do rap shows reach out to country stars to showcase them at their award shows or televised specials? Why does country music always feel the need to apologize for itself by rubbing elbows with stars of other genres to say, “Hey, we can be cool too!” instead of presenting what is cool about country itself?

It’s great that the Academy of Country Music has decided to shy away from shamelessly promoting Lionel Richie albums like they did some years back, and actually pay tribute to something that deserves it. (By the way, what rock has Lionel been hiding under recently? Yeah, that was a two-hour television investment poorly spent.) But is the point to promote country and support the troops, or try to hand out political payoffs to media partners?