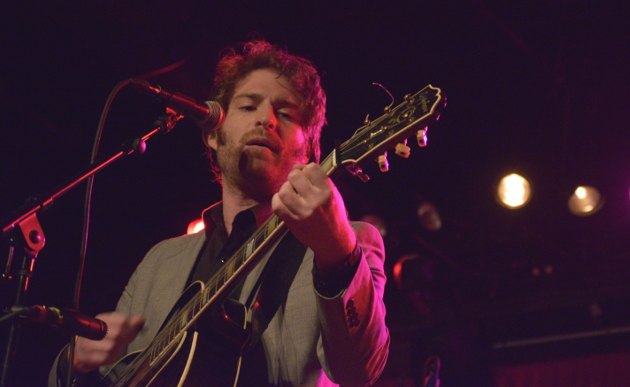 Way back on September 8th, 2018, you were warned here at Saving Country Music to keep an eye out for this guy originally from the Bay Area in California, who’d been paying dues and writing songs for years in east Nashville who was poised to break out. Named Logan Ledger, it’s not just the fact that his voice sounds like a striking combination of George Jones and Dwight Yoakam, and that he could write songs to compliment it, it was about the team that had assembled around his talent, namely highly-decorated producer T Bone Burnett, and Rounder Records.

Early songs from Logan like “Starlight” assured us that our excitement and anticipation were not unwarranted, but there’s been a few fake outs since then as we’ve been patiently waiting from a proper debut record. Well the wait is almost over. On April 3rd, one of the most anticipated voices to come on the scene in years will make his full-length debut with a self-titled effort. Along with a select handful of others, this release has to be considered one of the most sought after in 2020.

“I’ve always believed that in order to create something new with purpose, one must be steeped in the past and work from within the tradition. It has more gravity that way,” says Logan about his archaeological impulse to creating music. You can certainly hear that in the songs he’s releases so far that are imbued with notions of classic country and 60’s electric folk. 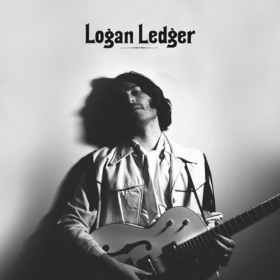 Speaking of the team assembled around Logan, T Bone Burnett fielded a who’s who of American music to play on the debut. Along with T Bone himself contributing to half the tracks, guitarist Marc Ribot known for working with Tom Waits, drummer Jay Bellerose, and bassist Dennis Crouch all join the ensemble. This is the same band that played on the Album of the Year-winning Raising Sand by Robert Plant and Alison Krauss recognized at the 2009 Grammy Awards. Also joining the team is guitarist and pedal steel player Russ Pahl heard on the records of Tyler Childers.

“So much of this record is people not playing clearly defined rhythmic or lead roles—we’re all sort of twirling around each other and creating this great big texture of sound together,” says Ledger. “A typical country record would have very clearly defined solos, but I’m not interested in that. I love how everyone’s constantly improvising, but without ever getting in anybody else’s way.”

This is what could be heard in “Starlight,” which despite the love it received, had some wondering why the ending was so long. “We were jamming and once the song was finished, we just played the whole thing again. It was totally spontaneous and felt really good, so we kept it.”

That similar loose feel comes into play on a new song Logan has released ahead of the album called “(I’m Gonna Get Over This) Some Day.” Written by T Bone Burnett, it gives off a bit of a Johnny Cash vibe. “I think we’re each attracted to the more sinister aspects of folk and roots music, and we each have a desire to keep that music alive while finding a way to make something new out of it.”

Loagn started playing old time and bluegrass music at the age of 12. Once he discovered Hank Williams and George Jones, it was all over—he’d found his passion in life. After going to college, Logan relocated to Nashville where he’s been seen playing shows at places such as The 5 Spot, The Basement, and the infamous Honky Tonk Tuesday Nights at the American Legion Post for the last couple of years, making people take notice, and putting his name on the tip of people’s tongues of who could be the “next one.”

Now his debut album should definitely be the next one you’re looking forward to. It’s now available for pre-order.