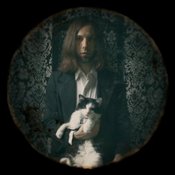 In Red Dirt music, there is a place called “The Farm.” It was a 5-bedroom house outside of Stillwater, Oklahoma owned by Bob Childers where the Red Dirt movement started in earnest. No matter what happens in Red Dirt henceforth, whether it continues to grow or it fades away, the few Red Dirt members who called “The Farm” home in those formative years will always have their place in history cemented as forefathers of the music.

Gothic country is not for everyone. Similar to how punk and reggae may not have many similarities on the surface, but whose structures are steeped in similar modes when you explore the music deep at its core, Gothic country may come across initially as counter-intuitive, or even corrosive to someone who calls themselves a country fan. But within Gothic country, you find the stark distinctions of good and evil indicative of The Louvin Brothers and gospel, you find the the murder balladry of Doc Watson and Johnny Cash, you find the Gothic identity and presence of death of The Carter Family, and the empowerment of the poor of Woody Guthrie. 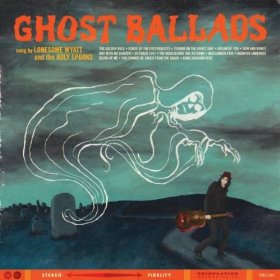 Lonesome Wyatt and his “Holy Spooks” side project may even be less accessible that other Gothic country because the sound is fairly stripped back and the approach quite fey. This is music to be listened to, not heard; music that you sit back and appreciate its textures as opposed to banging your head or tapping your foot to. But for those brave souls not scared off by the spooky dressing, they will discover some striking artistic expression interwoven with timeless storytelling in an album that reveals itself to be more entertaining and even prone to losing yourself in than you would initially expect.

If Lonesome Wyatt was an actor, he’d prefer the method approach to the craft. And if his music were a movie, it would be a graphic novel. Where Lonesome’s Those Poor Bastards material usually carries more anger, and angular, abrupt themes, Ghost Ballads is like a lost collection of Edgar Allan Poe poems written as if they were for children, but that were truly meant for adults. Then he sets it all to music. This is where Lonesome Wyatt’s singular artistic contribution to the world is evidenced, which is his ability to cull the perfect sounds from the universe to conjure a desired mood. A master craftsman of audio textures who is not afraid to pull from both the analog and electronic worlds, his ear is wickedly adept at picking up the most delicious subtleties in sounds that universally trigger dark responses in the human palette.

And just when he has you in the darkest of all moods, the creepy bastard springs into the saccharine, 50’s-ish do-woppy “Dream of You” making the whole experience feel even that much more sinister.

Reportedly recorded surreptitiously at the haunted Maribel Caves Hotel in Maribel, WI, Ghost Ballads may not be the best starting point to get into Lonesome Wyatt’s uniquely dark and creative approach to music, but is a good selection if you’re looking for music to create camaraderie with a dark mood, or are looking to evoke one.

Lonesome Wyatt is a timeless artist, and I’m sure Ghost Ballads along with his entire discography will be haunting Gothic fans long after he’s in the grave.