Lucinda Williams: Today’s Country Is “70’s Rock Without the Cocaine.” 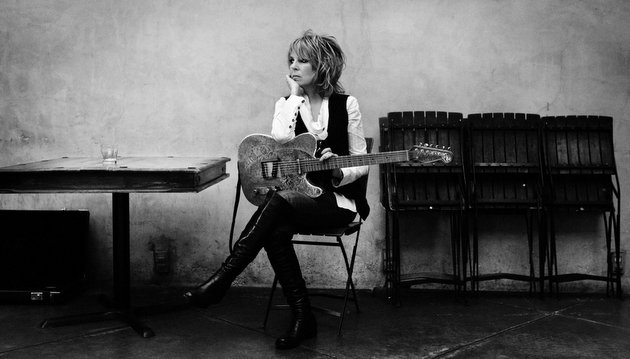 Lucinda Williams is getting ready to release a double LP called Down Where the Spirit Meets the Bone on September 30th through her new label Highway 30 Records on Thirty Tigers. The 20-song release will see appearances by Tony Joe White, Ian McLagan, Bill Frisell, and the Wallflowers’ Jakob Dylan and Stuart Mathis. The album starts off with a song called “Compassion” based off a poem by Lucinda’s father Miller Williams, and also includes a cover of J.J. Cale’s “Magnolia.”

Lucinda Williams stopped down to talk to Rolling Stone about the release recently, saying in part, “I was on a writing binge, and we just kind of got on a roll. We actually ended up recording enough for three albums. So we decided, ‘What the hell, let’s break the rules and do a double album.'”

She also had some interesting things to say when asked if she pays attention to mainstream country much these days.

Oh, God, no. Are you kidding? No. It’s not the lack of talent, necessarily. It’s just the production on the albums I just can’t stand it. There’s that guy Jamey Johnson, he’s amazing. He’s great. And there’s a handful of ’em. But I don’t know. Some of these girls now, you hear about them, and somebody says, “Oh, she’s really different. She’s really pushing the envelope and really edgy,” and all that. And I go, “OK.” I listen to it, and I go, “Really? This is edgy?”

Then Lucinda really took the gloves off.

Yeah. It’s like John Ciambotti once said: “Country music today is like Seventies rock without the cocaine.” You know? They need to come up with another name for it.

John Ciambotti was the bass player for the Bay Area-based 70’s rock band Clover, that among other accomplishments backed Elvis Costello on his debut album. Costello’s current rhythm section appears on Lucinda’s Down Where the Spirit Meets the Bone.

Lucinda Williams rose into the national spotlight as the songwriter for numerous hits by more well-known female performers including Mary Chapin Carpenter whose rendition of “Passionate Kisses” won a Grammy Award for Best Country Song in 1994. Lucinda’s breakout success was her 1998 album Car Wheels On A Gravel Road produced by Steve Earle. She has released 11 total albums, including reissuing her self-titled album from 1988 earlier this year.

Pre-Order Lucinda’s Down Where The Spirit Meets the Bone