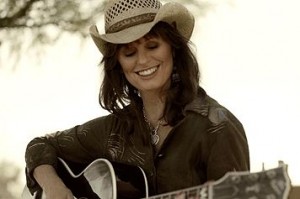 Luke Bryan has called Waylon Jennings’ widow Jessi Colter to apologize after he made comments characterizing Outlaw country artists as cocaine addicts “laying in the gutter, strung out on drugs.” Waylon’s son Shooter Jennings has also commented on the situation, saying, “It’s all flush in my book.”

However Luke Bryan never really apologized for the comments. He only characterized them as being taken out-of-context. But according to an interview with Waylon’s son Shooter Jennings in the Los Angeles Times, Luke Bryan called Jessi to apologize personally, and had also requested the phone number for Kathy Pinkerman Jennings to apologize as well.

“Luke Bryan called my mom today to clarify that he would never disrespect my dad or me or any of us,” Jennings said. “He also asked for Buddy’s number to call Kathy. Whether or not he does, that takes a lot of guts. I misfired and said some things in the past about people, namely John Mayer. And I didn’t have the guts to apologize. So, that being said, that kinda won me over.”

Shooter Jennings publicly criticized John Mayer in October of 2012 for not being a good guitar player and for cutting his hair and “banging” Katy Perry after Mayer said he was done with the Hollywood lifestyle.

“I love Kathy for her defense of the family and caring so much for the legacy,” Shooter continued. “But as my mom says, [some] people out there want things the way it WAS and nothing else. I’m not defending pop music but I am defending new music. My dad never liked labels and neither do I. His [Luke Bryan’s] music isn’t something I find myself listening to, but that’s not personal, I don’t listen to any new country besides a few underground acts that are a pretty far reach to even call them straight country. My point is it’s all flush in my book. He said some [stuff] and because of the Internet it came back on him. But he went above and beyond and manned up and apologized. In the long run I believe his image has improved.”

No word if Luke Bryan called Willie Nelson or his family since they were also named in the original quotes.

Got a call from Nashville yesterday, picked up the phone and it was Luke Bryan. He called to personally apologize to me and the Haggard family for his comments in a recent interview. I have never spoke to Luke in my life, but one thing was for sure, the sincerity in his voice. Let’s all remember (including myself) we’re all humans, we make mistakes and say things we wish we hadn’t. Hope Yall have a good week!

Editor’s Note: Luke Bryan’s comments were never “taken out-of-context.” They were posted in the original context, the entire article was linked to, and the full context of the entire article does not in any way materially change the meaning of what Luke Bryan said or implied.

Saving Country Music regularly posts quotes from artists and others in the country music industry to discuss their meaning and importance to the music. The quotes may or may not be controversial, but it is the public who decides which quotes stir controversy, and which quotes don’t. Kathy Pinkerman Jennings and others were offended, and that is why the issue rose to the national and international scope.