Updated: Luke Bryan Defines Outlaw Country As “Laying in the Gutter, Strung Out On Drugs.” 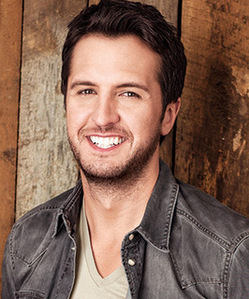 The term “Outlaw” has been so chewed up, spit out, bastardized, reconstituted, run up the flagpole, co-opted, blended with mechanically-separated chicken, and transmogrified for use in all manner of spurious circumstances for commercial gain and marketing antics that I would be perfectly happy if I never saw it again. The only word more misunderstood and malevolently used by marketeers in American music culture these days is “country.” Someday it will be worth launching a campaign to attempt to reclaim these terms from Nashville’s major labels, but for now we’re just trying to stop the bleeding.

Speaking to HITS Daily Double in an article posted Thursday (7-9), and discussing about the always-nauseating subject of the “evolution” of country music, Luke Bryan said,

“Well, yeah. I think that people who want Merle, Willie and Waylon just need to buy Merle, Willie and Waylon. I’ve never been a ‘Those were the good old days’ kind of guy. I’m not big on looking back on the past. I’m not an outlaw country singer. I don’t do cocaine and run around. So I’m not going to sing outlaw country. I like to hunt, fish, ride around on my farm, build a big bonfire and drink some beers and that’s what I sing about. It’s what I know. I don’t know about laying in the gutter, strung out on drugs. I don’t really want to do that.”

Okay so, come again? Laying in the gutter, strung out on drugs was the thematic capstone of Willie Nelson’s Outlaw canon? That’s what Waylon was singing about in his #1 hits “Luckenbach, TX” and “Amanda”? And when did Merle ever say anything about doing cocaine and running around?

Then Luke Bryan made things worse by referring to himself in the 3rd person.

See, this is one of the problems with mainstream country today. Forget about them respecting the roots of the music, many of today’s current stars don’t even know the very basic history of the genre that has allowed them to become millionaires many times over.

And once again we have a major country music star setting up a Straw Man by painting naysayers into such a narrow mindset that we look like morons—as if anyone who takes issue with Luke Bryan or Sam Hunt is doing so because they believe country music should be all about drug-induced destitution, which Willie, Waylon, and Merle combined sang about in maybe two, maybe three songs throughout their entire careers. And once again, the idea that anyone that takes issue with the quality or country-ness of country music today must be some hardline purist who wants all country music to sound like it’s coming from Waylon impersonators is a ridiculous notion.

But to play devil’s advocate, there are some folks out there in the REAL (all caps) country scene that take similarly shallow observances of the Outlaw era and use them to make bad music that harps on cocaine and how crappy their lives are without any substance to the music either. But at least nobody is listening to them anyway. What’s so scary about Luke Bryan is when he opens his mouth, millions are listening.

READ: Why We All Owe the Smoke Machine Guy at the Luke Bryan Show a Beer

Being an Outlaw never had anything to do with arrest records or cocaine addictions. Anyone found on Willie Nelson’s crew with their nose in the powder was immediately fired. Being an Outlaw was about being yourself, insisting on having creative control of your music, and moving country music forward while still respecting the roots of the genre and all the greats that came before—all virtues Luke Bryan and many others could learn from.

Luke Bryan has responded to the controversy via social network: