Luke Bryan Is Wrong in His Assessment of Country Music 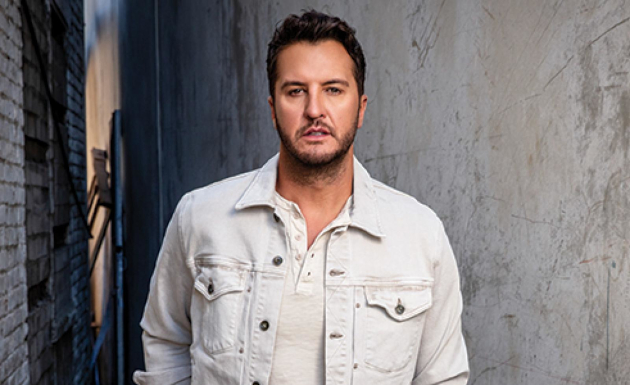 Look, it’s real easy to get into the weeds when discussing genre these days, and the whole argument about what is country and what isn’t can get very tiresome very quickly. Obviously true country fans like to hold a hard line about what country music is, while pop country fans are much less concerned about the matter, and generally wonder what all the hubbub is about.

But in a recent interview in the end-of-year installment of the country radio trade periodical Country Aircheck, Luke Bryan was a veritable quote machine of misnomers, saying a few things that deserve a spirited rebuttal.

In the article, Luke Bryan is cited as the most-heard artist of the decade, and he says about the public perception of his career, “One minute, I’m the savior of country music, the next, I’ve ruined it.”

Okay, sorry Luke, but nobody has ever touted you as a “savior of country music.” Perhaps at one point you saved some label’s bottom line by releasing a song that appeals to the lowest common denominator like “Country Girl (Shake It For Me)” or “Kick The Dust Up.” But nobody’s out there speaking “country music savior” and “Luke Bryan” in the same sentence unless it’s for the sheer comedic value or as a handy illustration of two things that are completely opposite.

But whatever. The bigger issue is when Luke Bryan talks about how fluid genre has become, and how we should lay off some of radio country’s contemporary stars for adding pop, hip-hop, and EDM elements to their music.

“When I was playing 800-seat honky-tonks, as soon as I came off stage the DJ was playing Flo Rida and daggum T-Pain. Everybody had cowboy hats on and were dancing to rap music. Now, people have playlists with all forms of music. The days where everybody just listens to one style of music because that’s the only channel their car will pick up on the radio are gone. People have their music they listen to when they’re on their boat. They’ve got their music for when they ride around their farm. They’ve got their music they listen to when they’re tailgating at a football game. It’s all different, and it all sets a mood that they want to get into.”

In some respects, Luke Bryan is right. It’s true that when you go to certain clubs—especially ones who would book an up-and-coming Luke Bryan—they would and still do start pumping hip-hop through the PA after the headliner performance to get the dance floor filled up with tipsy white chicks in booty shorts to keep the redneck boys buying overpriced Budweisers at the bar. Most self-respecting real honky tonks would never engage in this practice, and some of the places up-and-coming mainstream country stars play will book a “country” act one night, and a hip-hop act the next, so they’re not necessarily a true “honky-tonk.” But Luke Bryan’s assessment is still a fair one.

He’s also right that the musical diet for many fans these days is more omnivorous and diverse than in previous eras, and there’s not really anything wrong with that. There are still plenty of country fans who would choose death over hip-hop, just as many hip-hop fans wouldn’t be caught dead listening to honky tonk music. But there’s also fans who listen to both, including fans that really believe in keeping the influences of both country and hip-hop pure because it’s the differences and diversity in these art forms that make them interesting, appealing, and authentic.

But where Luke Bryan is flat out wrong is in implying there’s nothing wrong with country and hip-hop sounding the same. When he says, “The days where everybody just listens to one style of music because that’s the only channel their car will pick up on the radio are gone,” he completely misunderstands the issue that genre hawks are worried about. The problem is no matter what music channel your car picks up these days, it all sounds the same. Whether you land on the “country” station, the pop station, or the hip-hop station, chances are you’ll hear drum loops, rapping, and quite often, shallow lyrics rooted in materialism. And regardless of what genre you want to classify it in, most of it is just flat out bad music, period.

Exactly. But when there’s no difference between the mood and the style of country, pop, hip-hop, EDM, or R&B, then the possibility of finding the right song or right artist for a mood is limited, if not eliminated.

There’s nothing wrong with hip-hop or pop music as mediums of musical expression, and it’s not that all true country fans hate these genres. It’s that calling pop or hip-hop music country, or blending all these influences and styles together until they’re indiscernible from each other is limiting choice, limiting variety, limiting diversity in expression and the ability to find new music that sets the perfect mood. It also sets us on a trajectory to a completely homogenized music culture that sounds the same no matter where you are, who you are, or what you’re listening to, if we’re not already there.

Let’s celebrate the differences in popular music. Let country be country, let hip-hop be hip-hop, let EDM be EDM. And hell, if the music is actually good, there’s nothing even wrong with combining genres. The problem is most genre mashing is done under the guise of creativity, when the true aim is commercial application.

One of the things that makes country music different from everything else is that the instruments are played by humans, there is at least an element of twang and regional influence, and most importantly, the music speaks to something deeper in the listener. No doubt playing Flo Rida and T-Pain can fill up a dance floor, because that’s what it’s for. But that’s not what country is for. It’s not for booty shaking, it’s for two-stepping. It’s for getting through a heartbreak. It’s for nostalgia and family. Country music is music by and for the people of the country that should be allowed to be enjoyed by everyone no matter who they are and where they’re from. But country will only remain this revered and cherished institution if it holds true to what makes it different from other music. Otherwise, it’s just another version of popular noise.